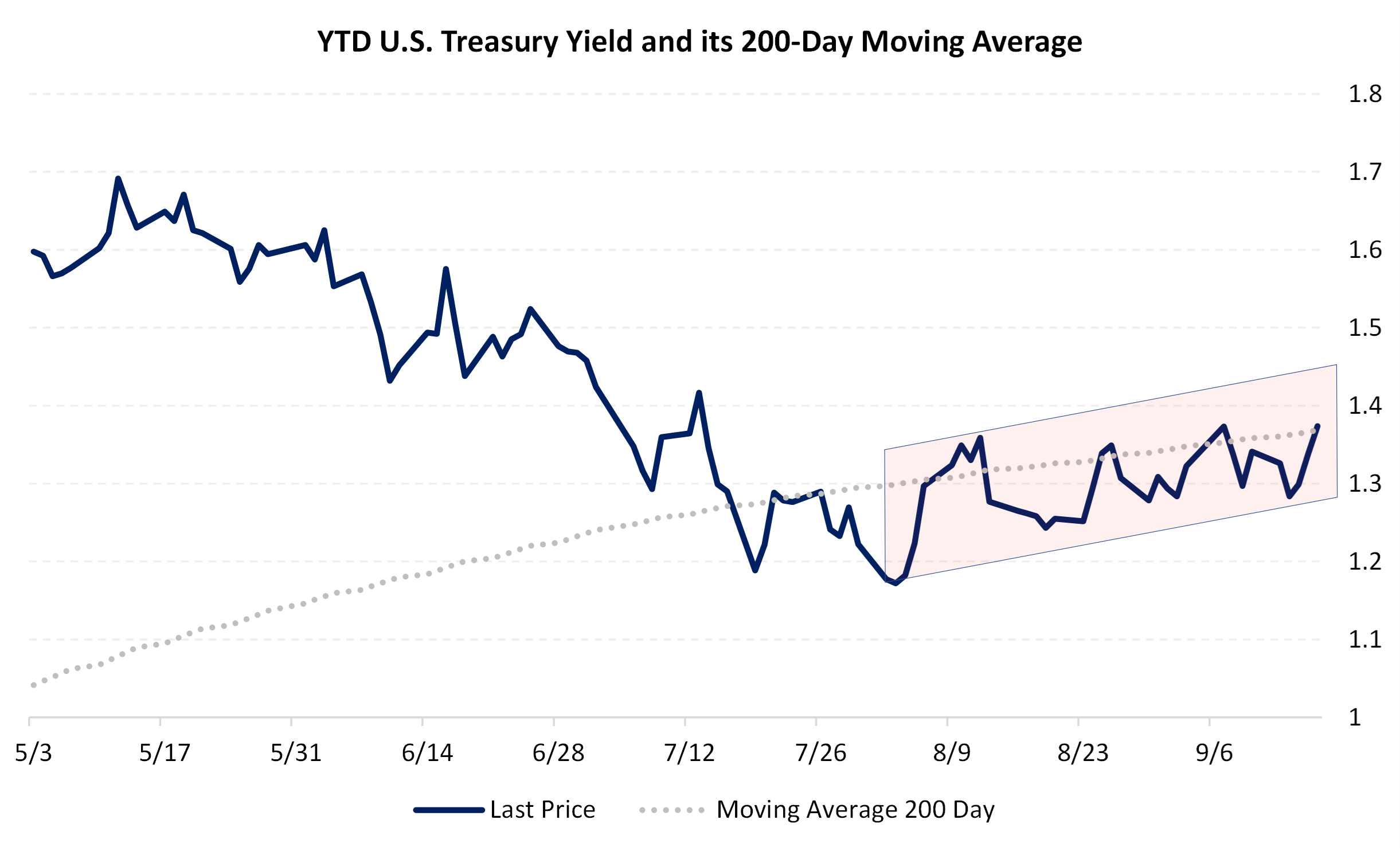 In response to rising long-term yields, the five-year interest rate swap level (on a monthly, Actual/360 basis vs. one-month LIBOR) has been pulled higher, trading above its 50-day, 100-day, and 200-day moving averages after climbing within a similar upward channel over the past six weeks: 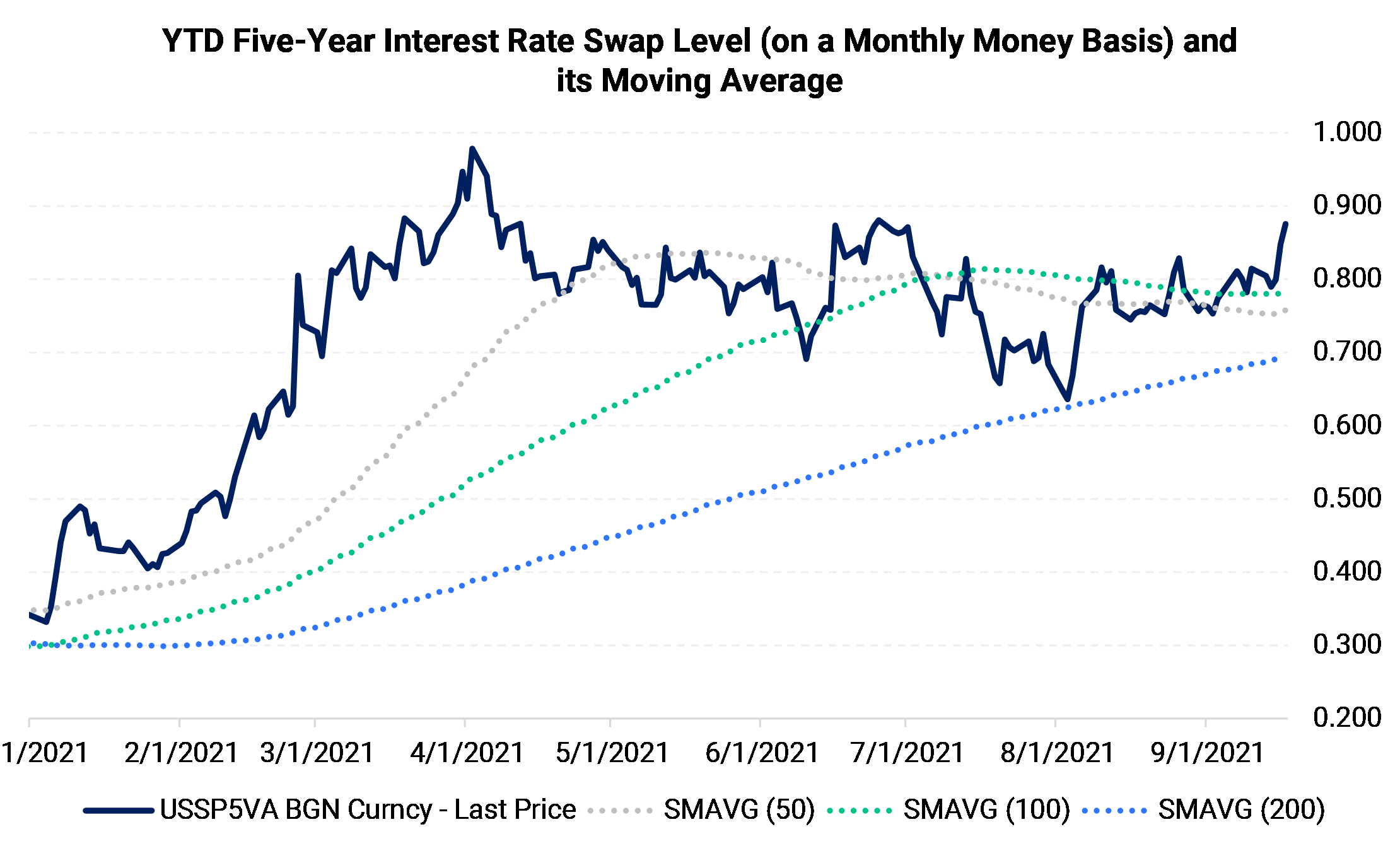 Market traders continue to attempt to evaluate the resilience of the global recovery amid concerns about the Delta strain of the COVID virus and risks from China. Friday is also the quarterly expiration of U.S. equity options and futures, which often triggers market volatility. Despite the rise in long-term U.S. yields, global equities are on course for a second weekly drop. 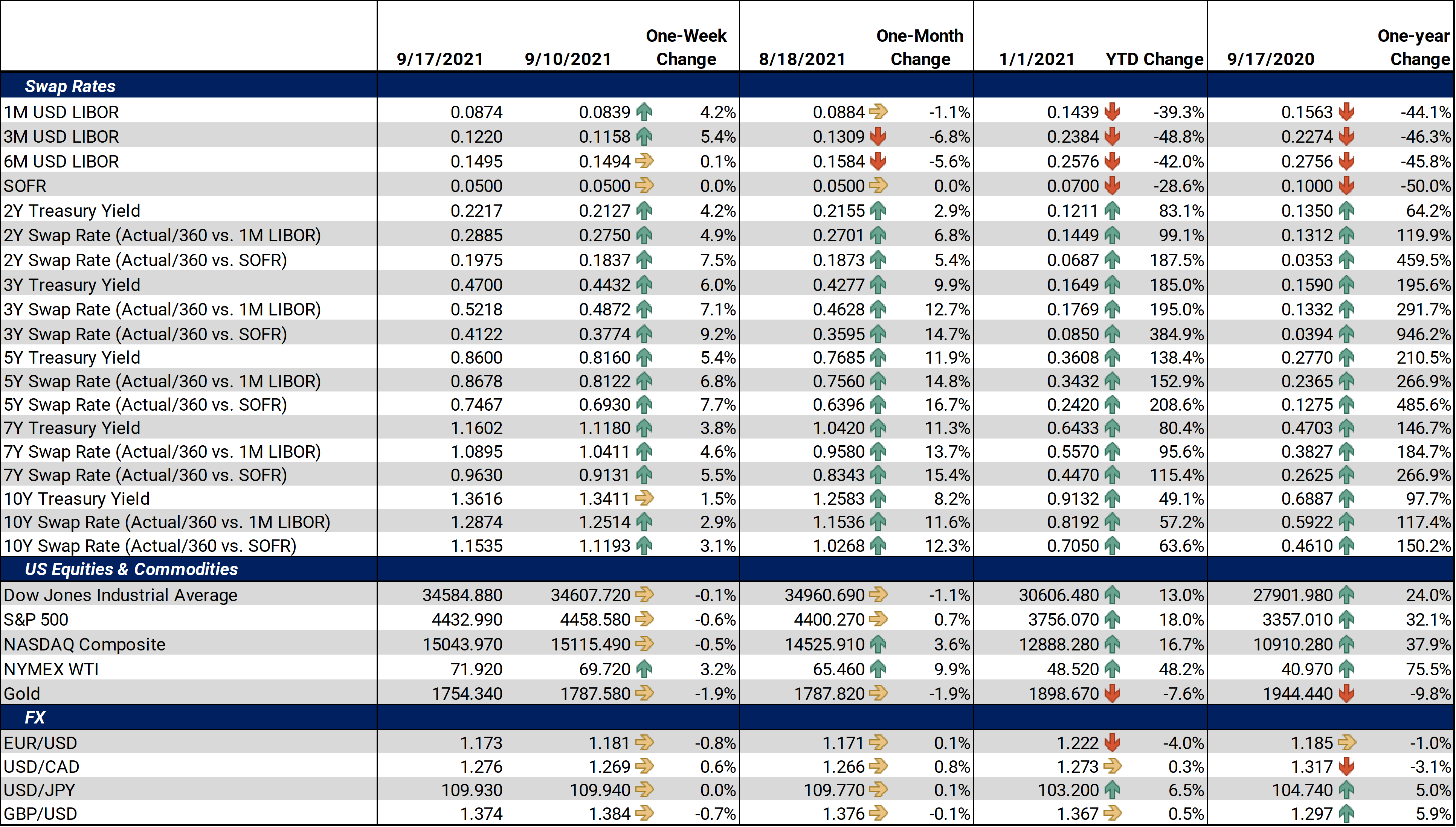 Debt ceiling is on the clock

The clock is ticking on raising the debt ceiling. In short, if Congress doesn't raise the limit on federal borrowing soon, the government will default on its debt by the end of next month and risk serious damage to both the U.S. economy and its international reputation.

Of course, the issue has created divisions in Congress. Many Republicans don’t want to be involved in the vote to raise the debt ceiling because they say Democrats have driven up spending with COVID-19 relief and their overextended domestic agendas. Democrats are considering tacking the borrowing increase into a must-pass spending bill to keep the government open to force the GOP’s hand. But if Republicans block that plan, things will get even uglier.

Earlier in the week, interest rates rose across the yield curve as investors mulled the impact of an August increase in retail sales on the timing of the Federal Reserve’s plans to taper stimulus spending. U.S. retail sales unexpectedly rose in August as a pickup in purchases across most categories more than offset weaker demand for vehicles (mostly due to supply more so than skyrocketing prices).

The value of overall retail purchases climbed 0.7% last month off of surveys that expected them to drop by 0.7% for the month of August. Excluding autos, retail sales climbed 1.8%, its largest gain in five months: 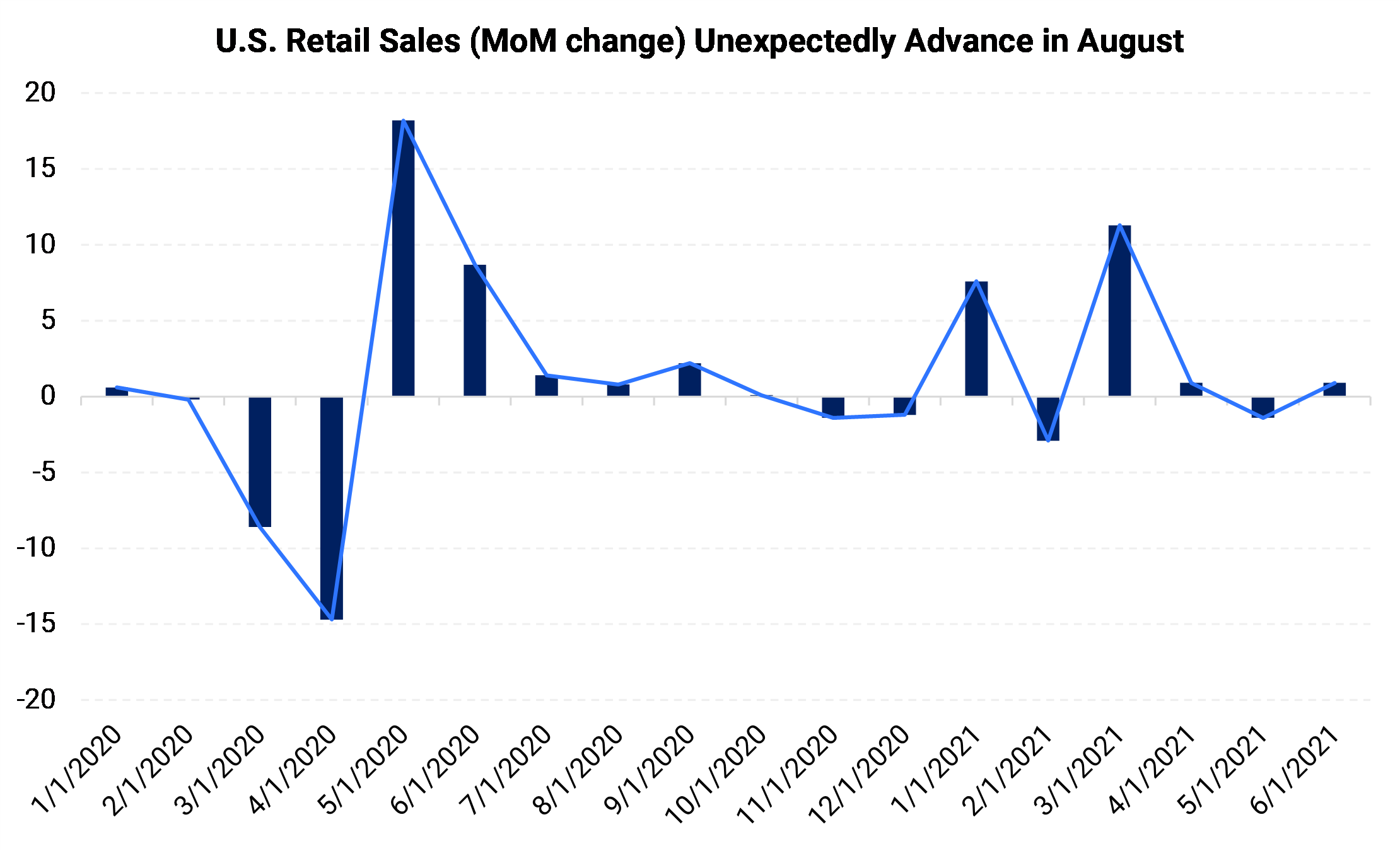 Production at U.S. factories rose less than expected in August as Hurricane Ida compounded an ongoing struggle among manufacturers with shortages of materials and labor.

While resilient consumer demand, solid business investment, and whittled-down inventories have supported demand, filling new orders has been hampered by limited factory headcounts and snarled supply chains. Looking ahead, any alleviation of these constraints should support further production growth.

Manufacturing job openings are at a record high, and for the products factories can source, prices have soared. Recent data from the Labor Department showed a price gauge of processed goods for intermediate demand, which include materials and components used in manufacturing and construction, are up 23% from a year ago, a fresh 46-year high.