The political coup which occurred in Guinea earlier this month has not affected shipments of bauxite ore, according to the company.  A spokesperson for Emirates Global Aluminum, which wholly owns Guinea Alumina Corp, stated that production or shipments are continuing as normal.  Bauxite, an important ore from which aluminum is produced, is a major export of Guinea. 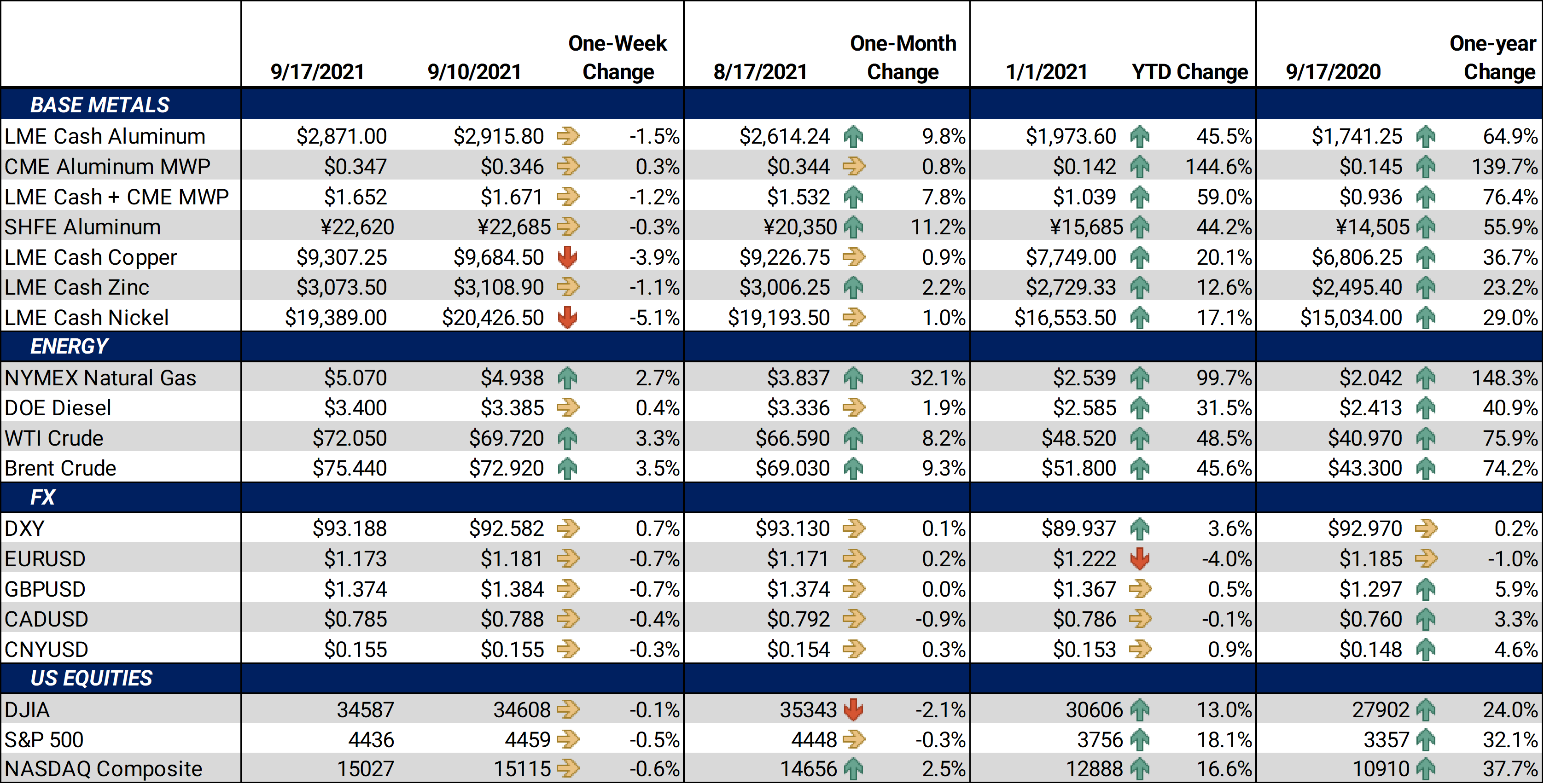 Chinese authorities have further tightened electricity-consumption restrictions on aluminum production regions, which has slowed production. According to Reuters, authorities have told smelters in the Yunnan region to keep production at or lower than August volumes through the remainder of the year.  This request also includes those who use hydroelectricity.  Aluminum production areas are currently experiencing severe electricity supply crunches, as the country looks to reduce the carbon footprint of metals manufacturing.

Recent data shows how much metals production has dropped in China.  Aluminum production in China fell by 3% month-over-month in August, largely due to electricity restrictions.  Similarly, steel production fell 10.1% year-over-year in August.  This coincides with a recent drop in iron ore demand and lower imports from Australia.

In the US, the automobile industry continues to see fallout from the worldwide semiconductor shortage.  Last Friday, Toyota announced it will be cutting worldwide production by 40% in October.  This is in addition to the 40% cut they implemented during September.