There was bullish aluminum supply-side news out of China. Yunnan Aluminum said it will not make its 2021 production goals, and volumes will be lower last year.  The company has taken nearly 770,000 mt/yr of primary aluminum smelting capacity offline this year. Other aluminum smelters have made similar production cut announcements.  Electricity consumption restrictions in China have forced aluminum smelters to dramatically reduce production.  China is looking to restrict emissions from metals manufacturing. 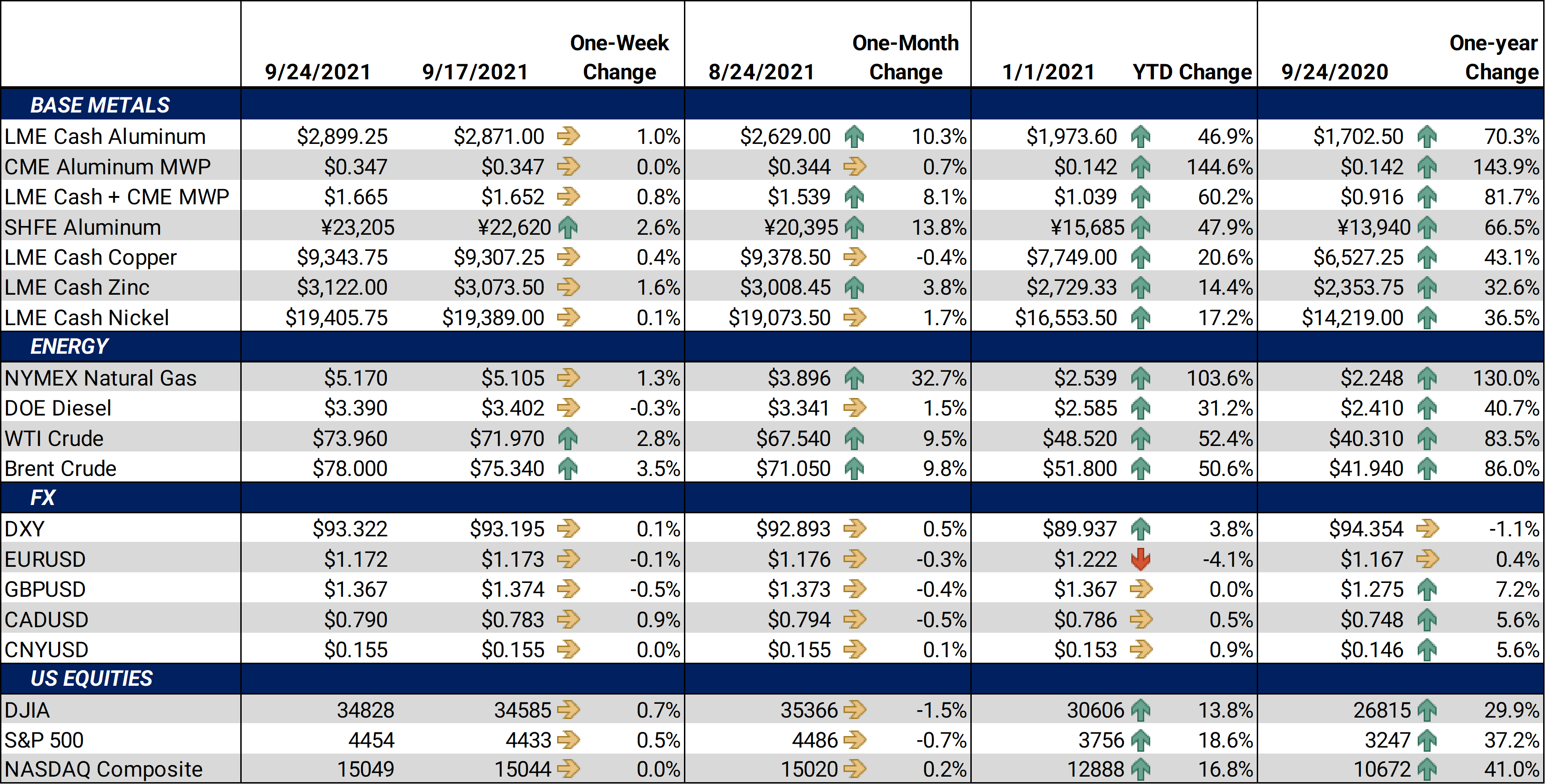 Elsewhere, a freight train derailment in Guinea’s capital early Monday might affect some bauxite shipments.  Both trains were owned and operated by Rusal, a large Russian aluminum producer.  One train is known to have been carrying bauxite at the time.  Bauxite is a main ore from which aluminum is produced.  The accident has not affected mining operations, according to Rusal.  Local authorities are currently investigating the cause of the accident.