Canada Has Some Good Pipeline News...For a Change

Canada has indeed hit a milestone as the Enbridge Line 3 Replacement Project has come to a conclusion and will officially be in service on October 1.  Capacity available for nominations as well as physical flows of crude oil have indicated that the pipeline company anticipated an October start.

The 1,765 km/1,097 mi pipeline runs from Edmonton, AB to Superior, WI and is part of the Enbridge Mainline system that carries oil to refineries in the Midwest.  The completion adds an incremental 390 MBbl/d of capacity to Line 3 bringing the overall capacity of the Enbridge Mainline to 3.2 MMbbl/d.  The replacement project has spanned more than eight years of extensive review in both the US and Canada.

The timing of the completion of Line 3 is certainly fortuitous as Canada’s oil production has quickly rebounded to pre-pandemic levels and then some.  The additional pipeline capacity is well timed to absorb this rebound as well as the addition growth expected to come online through the fall and into 2022.  The pipeline begins service on heels of Biden’s withdrawal of TC Energy’s KXL permitting and just as crude is hitting multi-year highs.  Supply growth, adequate pipeline space, crude at multi-year highs – Canadian producers are pinching themselves to make sure it’s real.

Smooth Sailing…errr Flowing for Canadian Barrels – Does This Translate into Tighter Differentials?

This week’s EIA Petroleum Status Report showed builds across the board for crude and products which confirmed the unexpected builds released in yesterday’s APIs.  We would be hesitant to read much into one week of data given that the statistics are still some what scrambled following weeks of disruption caused by Hurricanes Ida and Nicholas, but a deeper look into regional stats shows some longer trends - despite the disruption noise.  The much needed additional pipeline capacity into the Midwest is an important part of allowing the barrels to clear the market, but demand and balances in PADD 2 are part of the equation.

Regionally, PADD 2 ex-Cushing inventories have fallen to the lowest level since 2015, while refinery utilization is strong relative for this time of year when refineries are typically in turnaround – both leading to decent support for Canadian differentials. 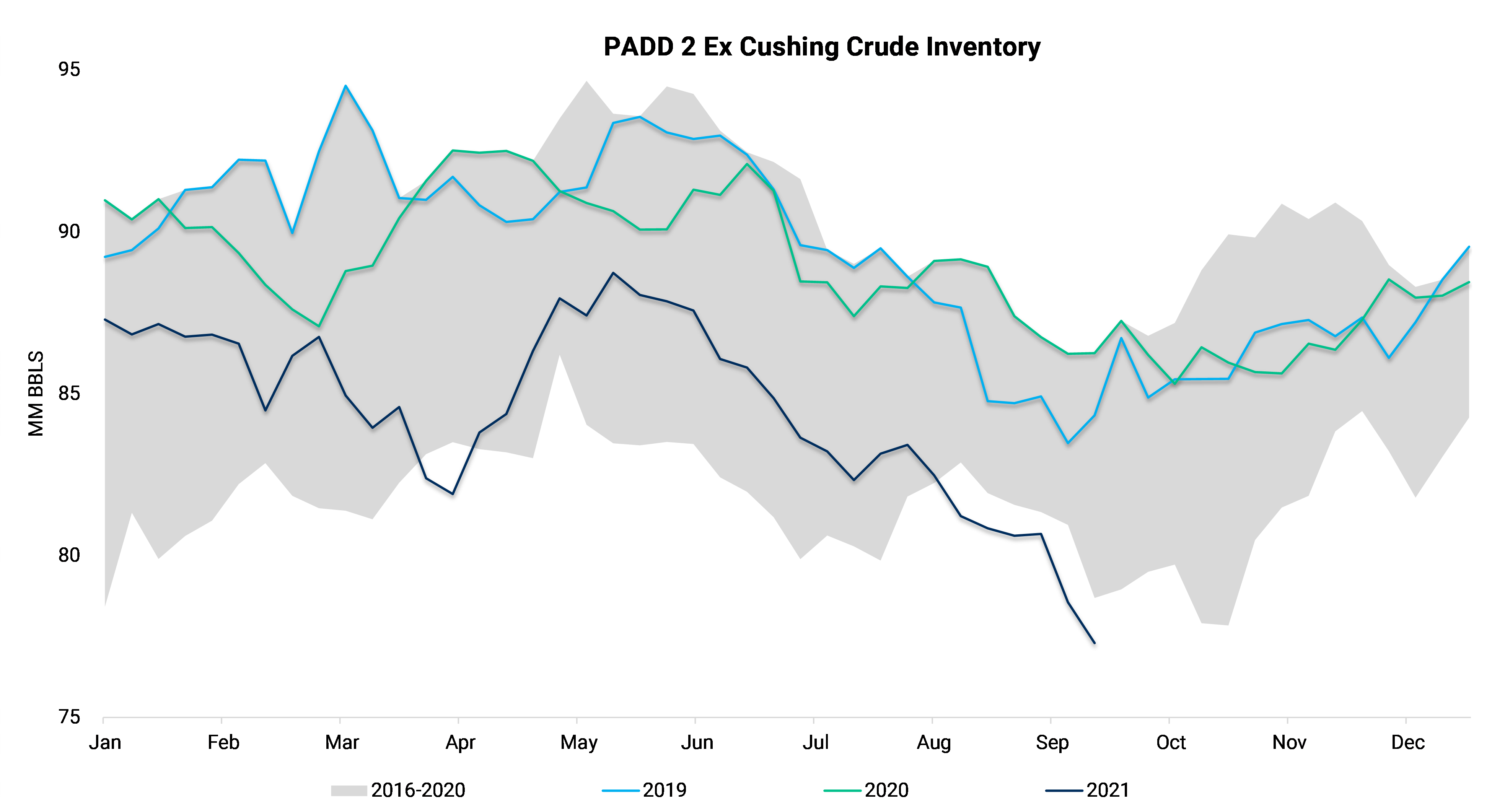 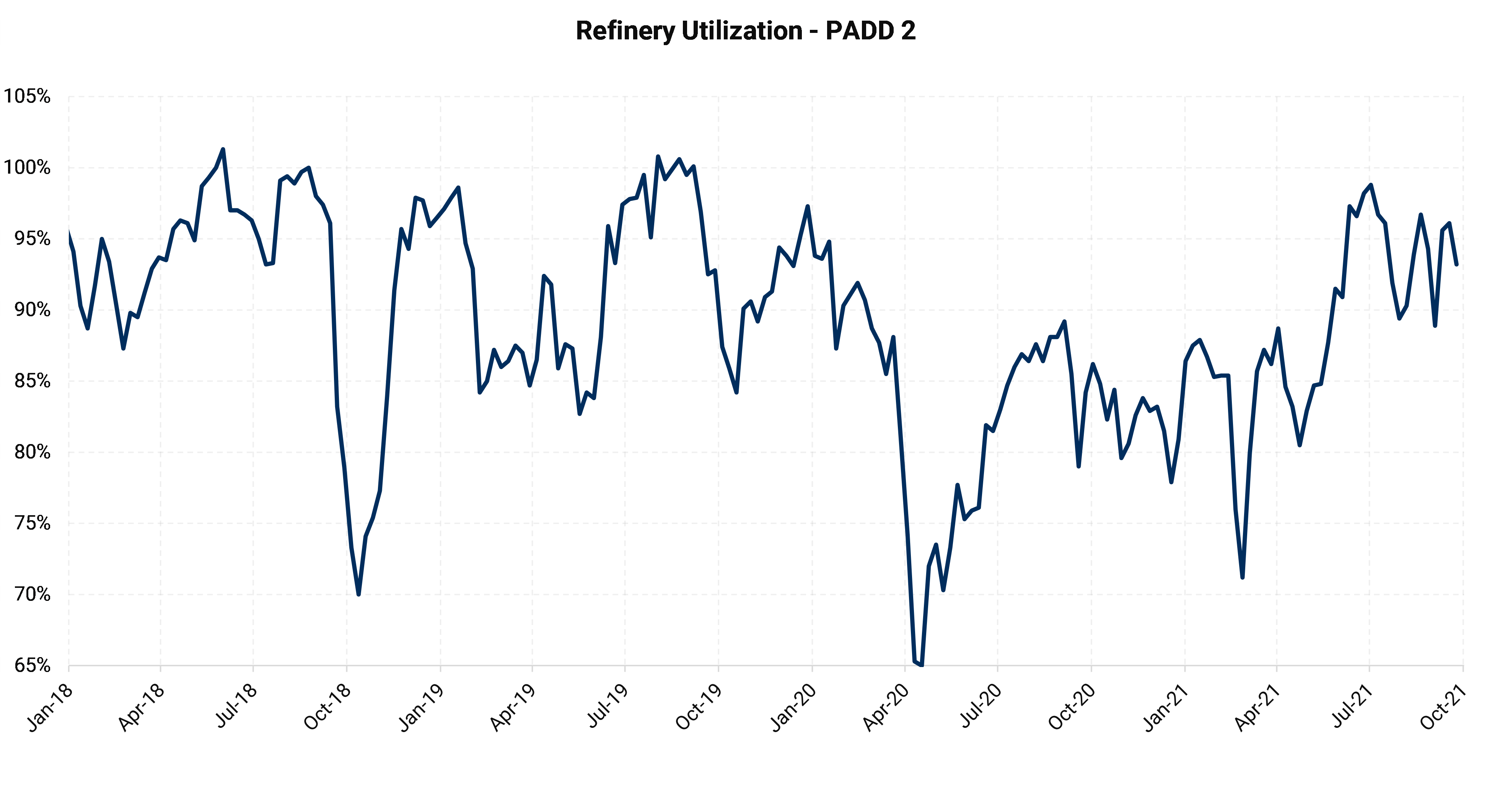 Additional Differential Support from the USGC

The US Midwest is the largest demand center for Canadian crude, but there is still material demand in the USGC.  Even as PADD 3 refinery outages persist, the prolonged Mars outage has created additional demand for heavy sour barrels from the North. 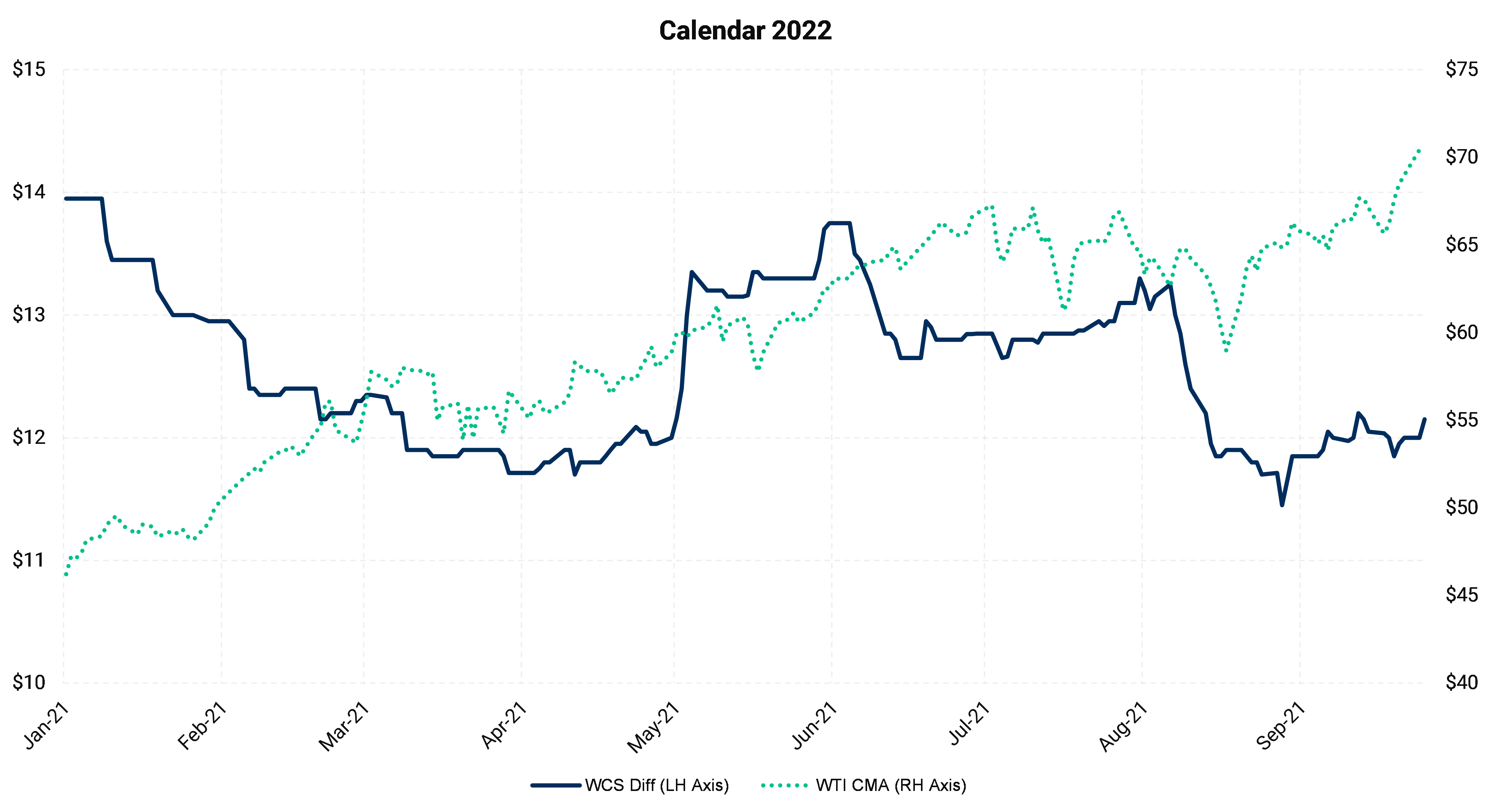 Canadian crude differentials continue to trade at the tight end of the historical range for structural reasons that keep the current supply/demand/ability to get barrels to market picture in balance.  The added pull on Canadian barrels resulting from Ida and Nicholas won't last forever, but then again the neither will the supply/demand picture.  The question is will supply outgrow pipeline capacity before the next good-news pipeline story?  There is bound to be a slew of negative news before then, but hey - Canadians are a hearty bunch.  They can weather it.