Crude inventories at Cushing have decreased by over 10 MMBbls or 300 MBbl/d during January, while PADD 3 (Gulf Coast) inventories also declined by 12 MMBbls. Collectively, Cushing and PADD 3 inventories are down by over 22 MMBbls thus far in 2021, or around 0.51 MMBbl/d, while refinery inputs are up nearly 0.65 MMBbl/d.

With the recent rally in WTI, the shift toward a more backwardated curve is prompting draws from inventories. The current curve structure does not incentivize the common cash-and-carry arbitrage strategy. Simply put, it is not economical to hold crude in storage with future prices below spot prices. 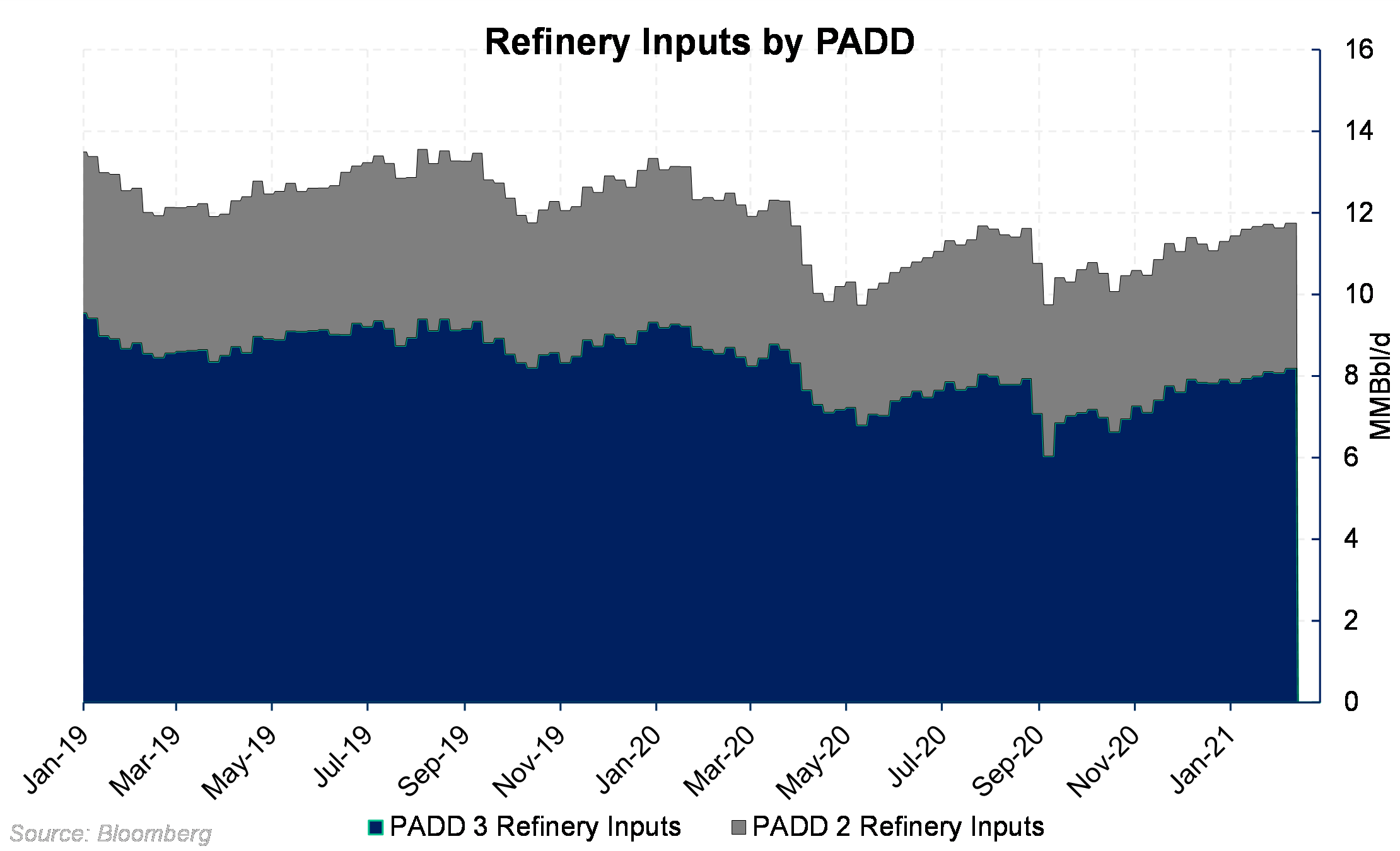 What does this mean for price?

If demand keeps rising faster than production, more oil would need to flow out of storage to satisfy refiners' needs. This would help keep the curve backwardated, or downward sloping, and would help hold prices higher. International supply-demand forces are still very important, but the U.S. market, especially in the interior, is short supply.