“Delta, Delta, Delta, can I help ya, help ya, help ya?” No way ΔΔΔ sisters, you can’t. Along with the COVID-19 delta variant disrupting several employment-related motivations, there are a number of ancillary reasons for the extremely disappointing August non-farm payrolls report. Expectations called for a payroll increase of 720,000 to 750,000 for the month, but was reported at a gain only 235,000, its smallest gain since January.

This dismal employment number, despite the unemployment rate falling 0.2% to 5.2%, will likely allow the Federal Reserve to stall from forming tapering plans from as early as this month’s FOMC meeting to at least early November’s meeting, as well as extending the 2% “average” inflation window target and delaying eventual interest rate increases. The Federal Reserve is federally mandated to maintain “maximum employment,” and the U.S. economy’s pace in getting back to pre-COVID levels continues to lag.

U.S. hiring downshifted sharply in August with the smallest jobs gain in seven months, complicating a potential decision by the Federal Reserve to begin scaling back monetary support by year-end. 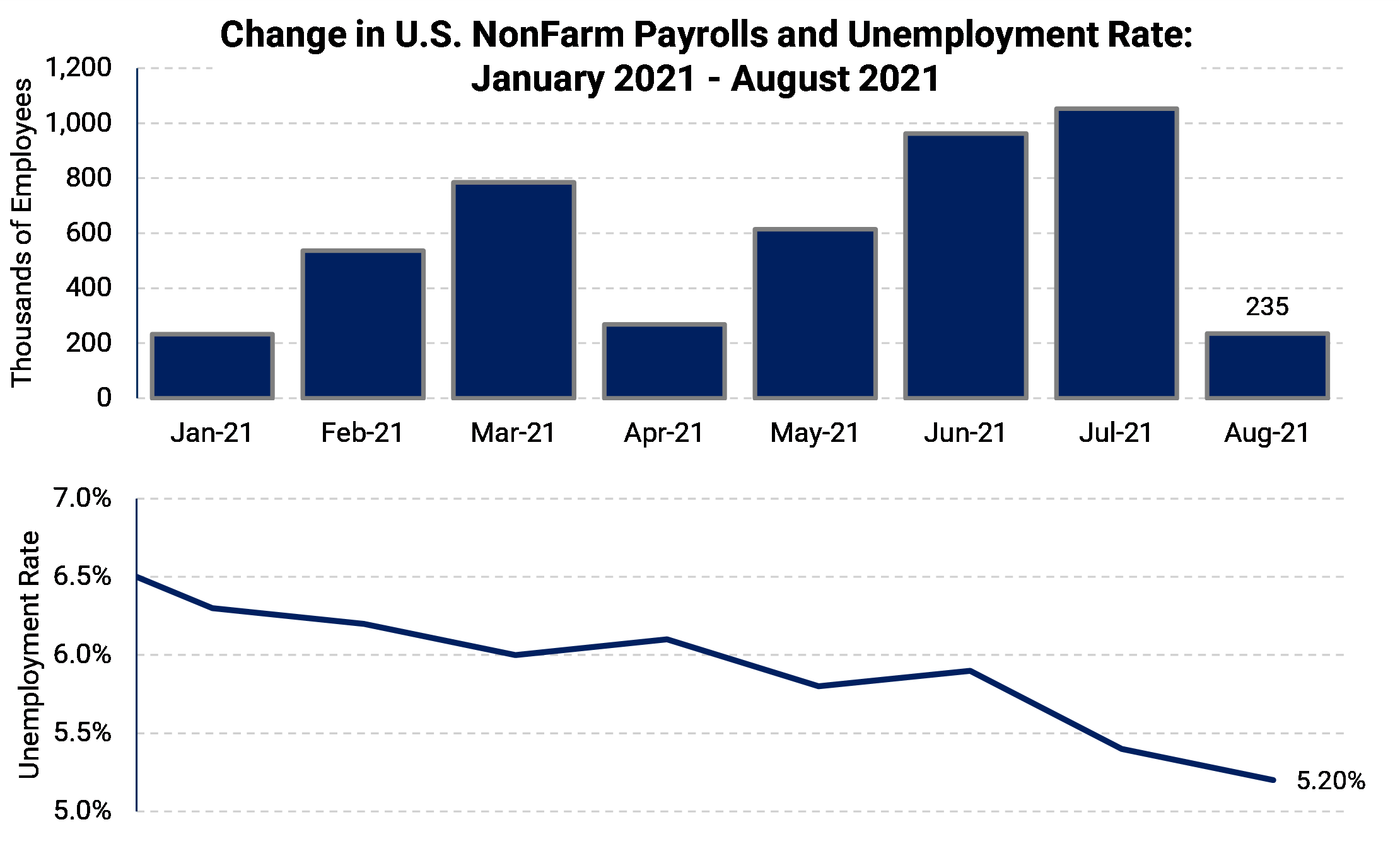 The deceleration in hiring likely reflects both growing fears about the rapidly spreading delta variant and difficulties filling vacant positions. In August, 5.6 million people reported they were unable to work because of the pandemic, up from 5.2 million a month earlier. U.S. payrolls are still 5.3 million below their pre-pandemic level.

Average hourly earnings rose 0.6% during the month, twice the forecasted pace, and 4.3% on a year-over-year basis. The rise in wages is causing an increase in permanent inflationary concerns, causing Treasury yields and interest rate swap levels to edge higher 2 to 6 bps (0.02% to 0.06%) in Friday’s trading after the report. However, the bellwether ten-year Treasury yield remained below its near-term monthly technical breakout level of 1.38%: 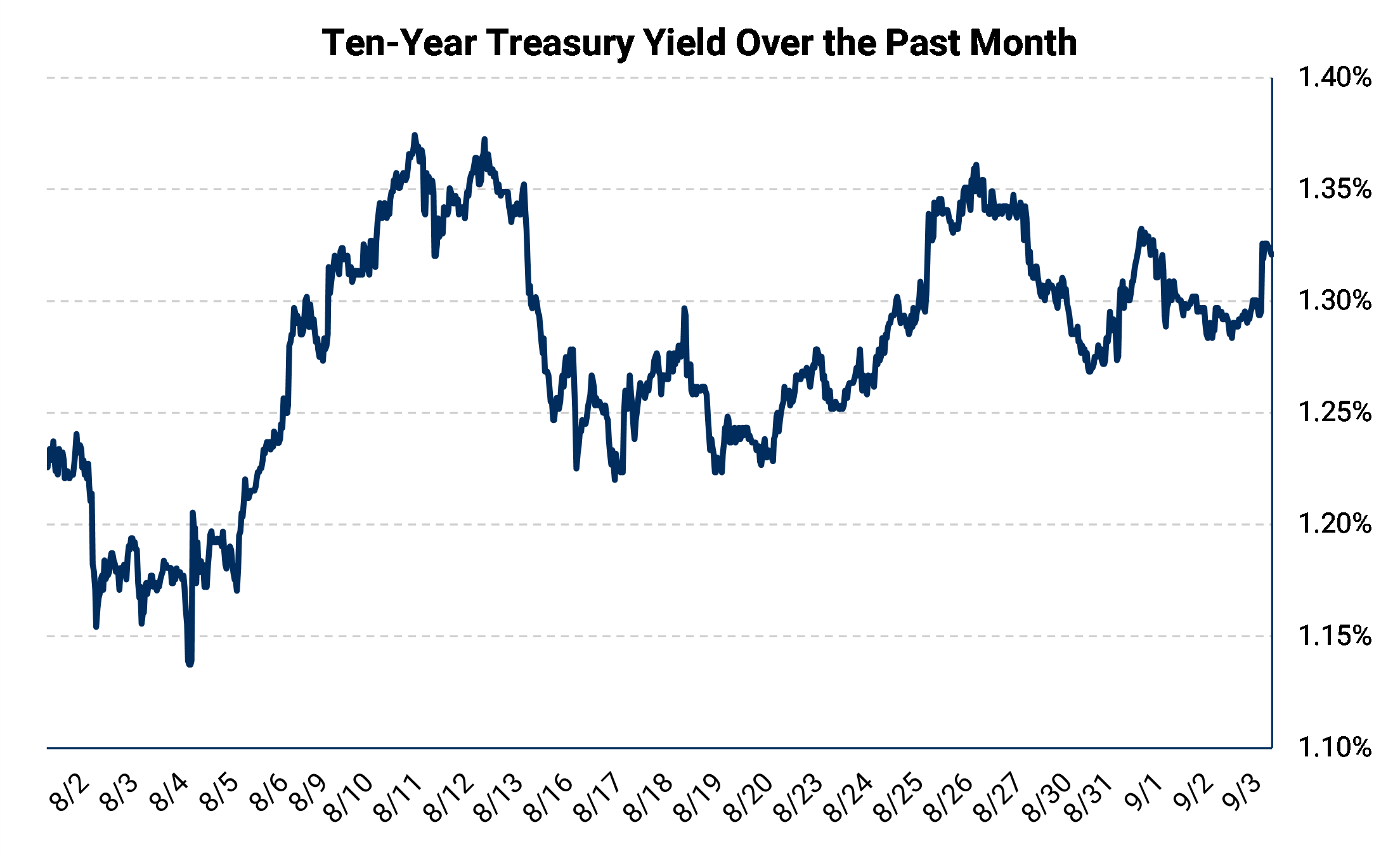 Fed officials have emphasized the importance of the monthly employment reports as a guiding metric for the timing of when to begin reducing its asset purchases. The disappointing report reinforces the central bank’s data-driven approach to the timing of tapering. Hence, the timing of tapering will be widely debated given the lower-than-expected growth in jobs.

“Do you remember laughter?”

Two big takeaways from Friday’s jobs report are that (1) there is still a labor shortage, with non-working people not yet incentivized enough to return to work, and (2) wage inflation is elevating. Inflation, from a historical understanding of how monetary pressure gradually works through the system, can only increase wages, the most crucial element of the overall economic cost equation that drives fixed income markets and interest rates.

Wage inflation is generally not transitory. Once raises are given, they are very unlikely to be reverted. Inflation in general is building in part because of the massive increase in money supply, which may only be in the middle of its eventual full effect. Inflation (especially wage inflation), slow economic growth, and a continually accommodative Fed are the main ingredients that led to “stagflation” in the mid 1970s to early 1980s.

Stagflation is now on the radars and is a popular focus of conversations among most rate market participants currently. 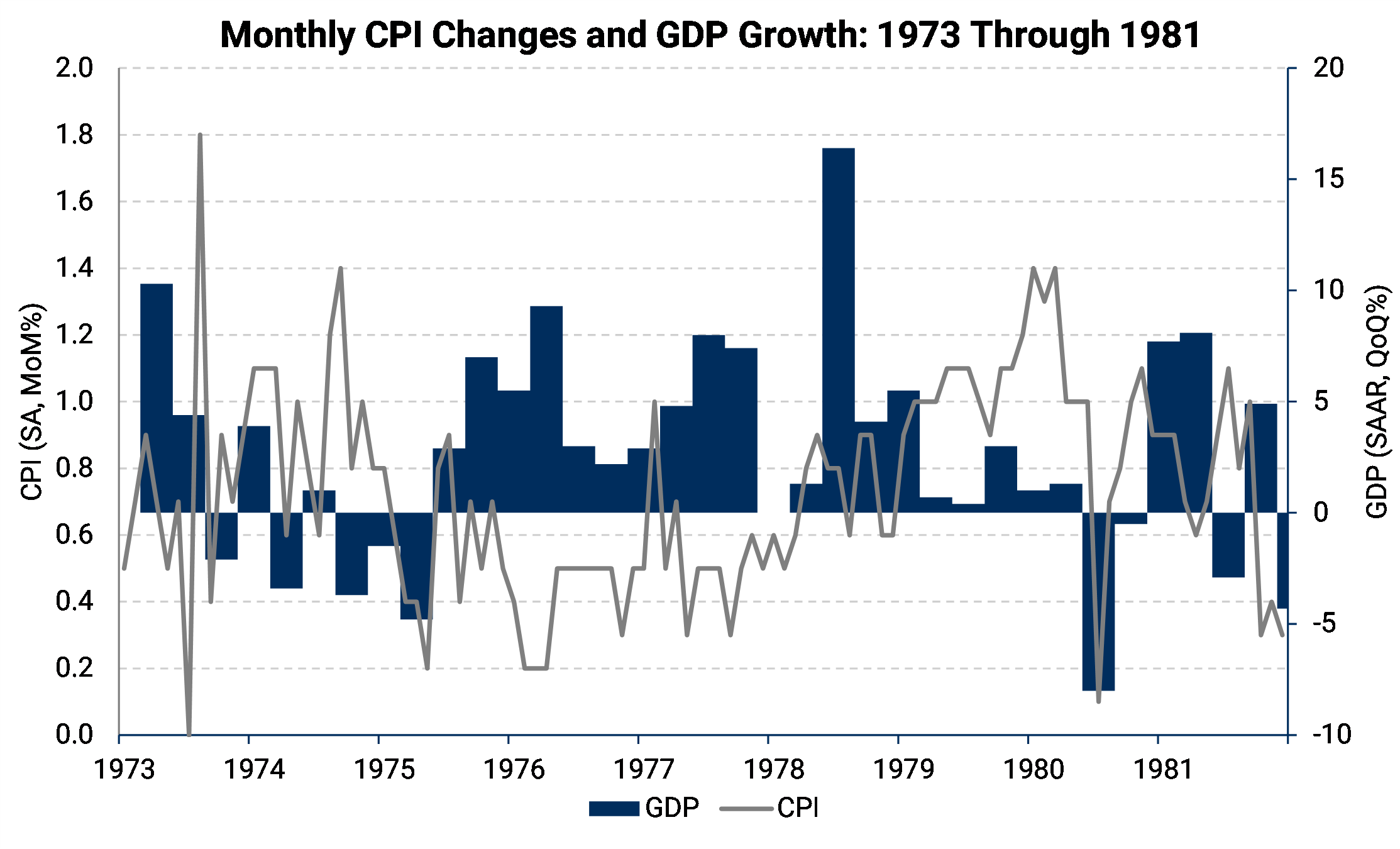