After years of legal and regulatory challenges and delays, Enbridge has announced that it will offer 620 MBbl/d of capacity on Line 3 for October, representing 230 MBbl/d of new capacity.  This long-awaited announcement signals that the Line 3 Replacement Project is indeed nearing completion. 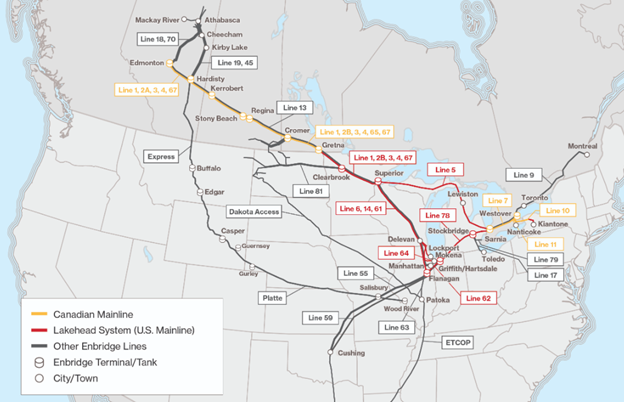 Enbridge is offering 620 MBbl/d of capacity on Line 3 beginning in October split between 350 MBbl/d of light oil and 270 MBbl/d of heavy oil, according to a notice sent to shippers.

Demand for heavy oil pipeline space remains strong with September heavy oil apportionment at a record high of 55%, marking the fourth-straight month at greater than 50%.  Western Canadian crude inventories continue to draw despite the pipeline constraints, possibly due to linefill for L3R (Enbridge made no formal announcements of linefill, but the noticeable draws in WCSB crude inventories is an indication of this process).  Heavy crude accounted for over 2 MMBbls of inventory draws over the past three weeks, according to Genscape.

WCS differentials remain historically tight for heavy barrels and we expect that the additional Enbridge pipeline capacity will be provide some amount of buffer for price volatility in the short term.  The offset to this is the additional Canadian supply that is expected into year end and through 2022 as well as additional OPEC supply, much of which will be in the form of heavy barrels, putting downward pressure on heavy differentials globally.