Haynesville Production and Activity Are Increasing

Despite a 22% year-over-year decrease in rigs operating, more wells are being completed, and production is rising across the Haynesville area of East Texas and Louisiana. 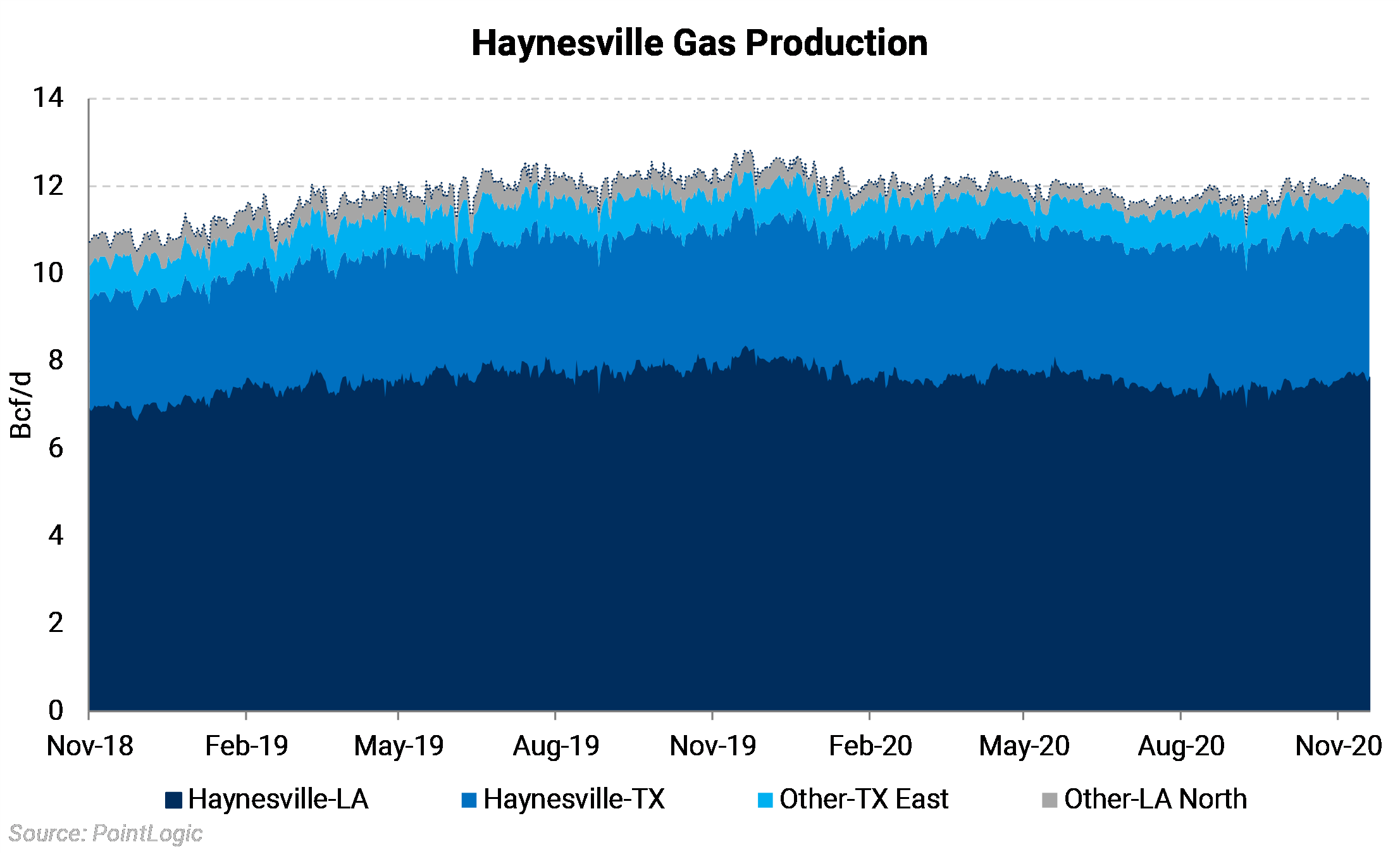 Production readings from gas-pipeline nominations show production may be surging in the Haynesville area. PointLogic models show daily production in East Texas, along the Louisiana border, is up to near 3.5 Bcf/d, from only 2.5 Bcf/d two years ago. Meanwhile, the Louisiana side is back to 7.5 Bcf/d, just 0.5 Bcf/d off the recent highs in late 2019. 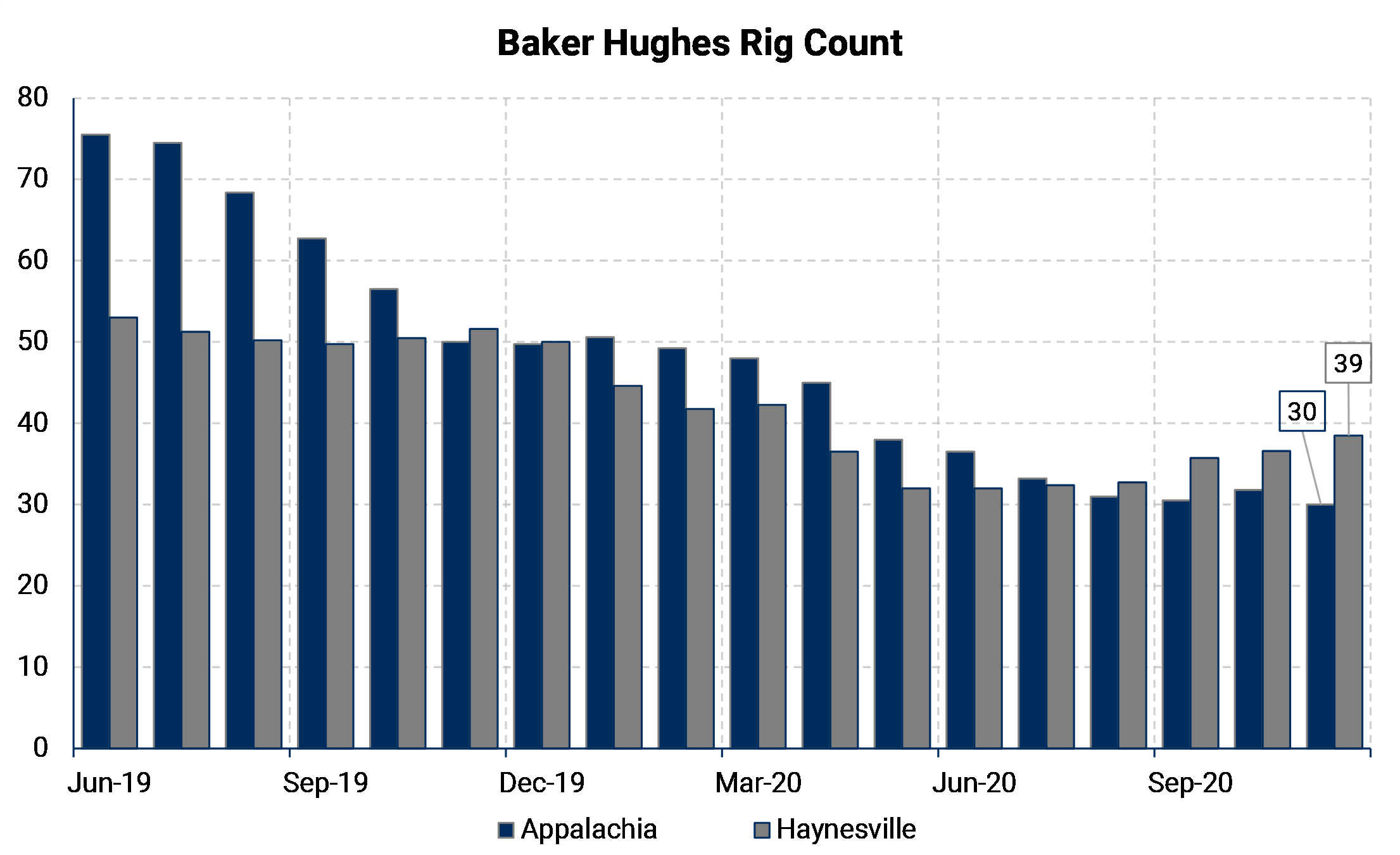 Haynesville operators have also been adding more wells than their peers in Appalachia, per EIA data.

The chart above shows how activity in each basin has changed over the past 18 months. In Haynesville, both completion and drilling activity has risen by 25% since July, while Appalachian activity has remained relatively flat. Producers in the Appalachian basin have completed 40 drilled-but-"un"-completed wells (DUCs) since July.

Meanwhile, producers in the Haynesville basin have ramped up drilling activity and continued to increase the number of DUCs available to work from in the future. Haynesville producers managed to grow production and DUCs even in the low price environment present before gas prices strengthened. According to the EIA, there is still a large overhang of DUC wells, perhaps waiting to be completed in the near future.

The chart shows how regional pricing has fared and helps explain the trends in drilling and completion activity. The Columbia Gulf Mainline (CGML) price has had no problem following Henry Hub higher since this summer. During the rally in Henry Hub pricing, CGML fixed price never fell further than 20c behind, on a monthly average.

Once again, there is a contrast with Appalachia. Dominion South (DomS) fixed price continued falling despite strength at Henry Hub. DomS basis was strong at -$0.335 on July 1 before entering a freefall, reaching -$1.47 on September 1. While DomS basis has recovered somewhat, it is still trading near -$1.20/MMBtu discount to Henry Hub as of December 1. 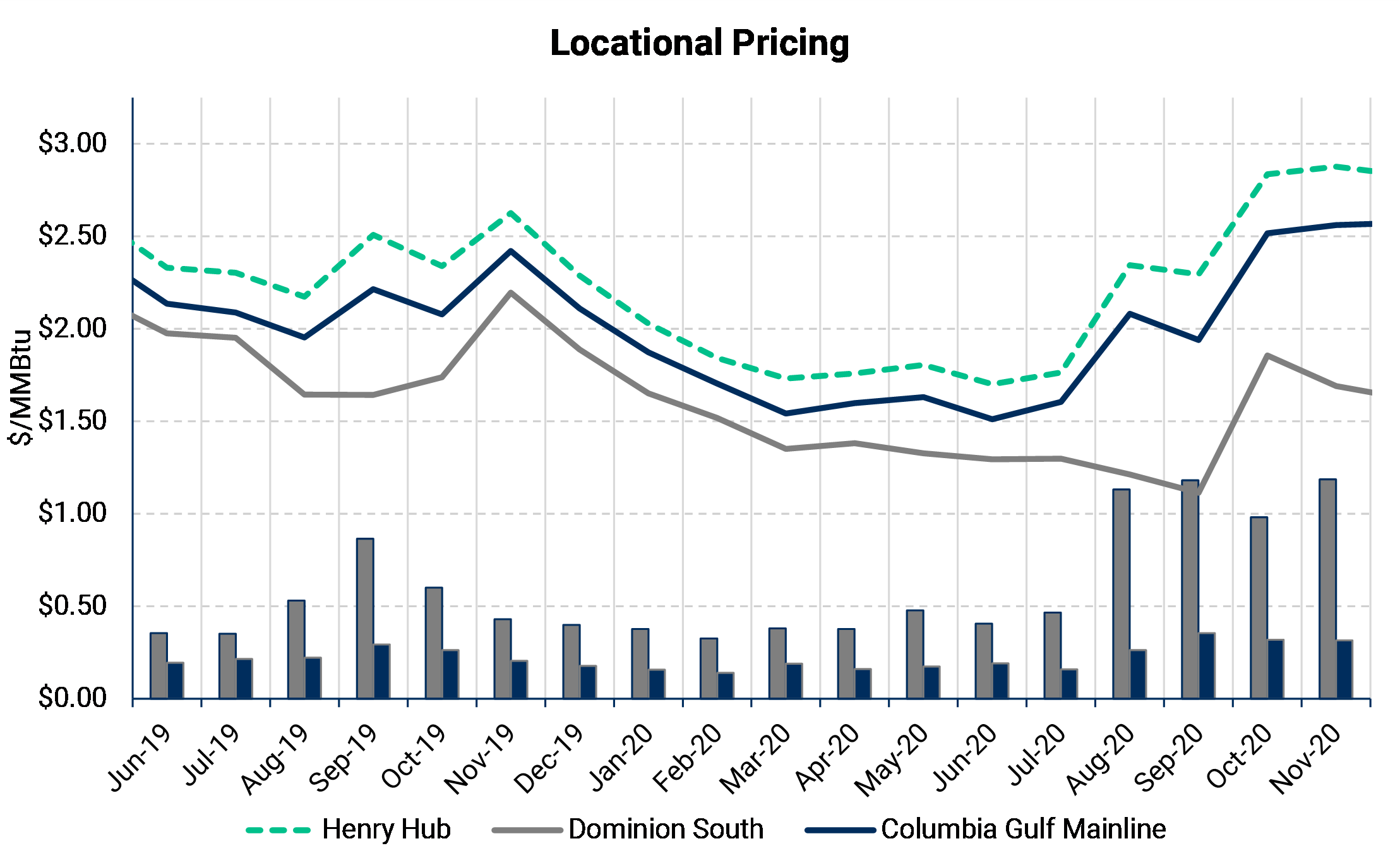