Oil producers can now lock in a materially higher price strip than before Russia’s invasion of Ukraine, despite little difference in the prompt-month price.

Prompt-month West Texas Intermediate was trading at $92/Bbl prior to Putin’s invasion of Ukraine. As of April 11, the now-prompt May ’22 WTI contract is only $2/Bbl higher, but the next three years of the forward curve are $5-$7/Bbl higher.

The chart below shows the WTI curve on April 11 (dark blue) was $5-$7/Bbl higher on average versus the curve from February 22 (light blue), even though more nearby tenors are nearly the same. 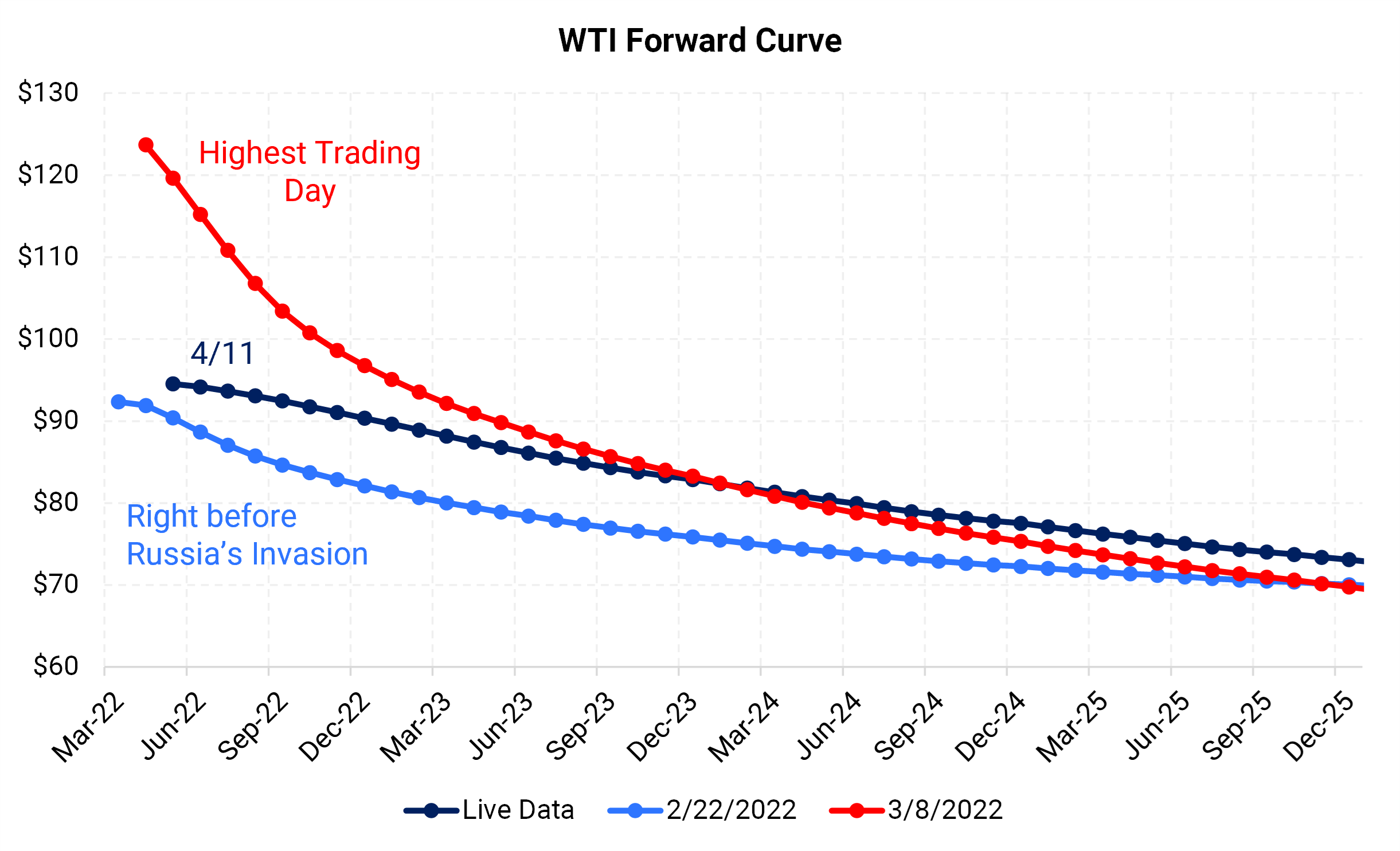 The curve has flattened, taking our near-term premiums. However, longer-dated tenors have been the ones to move higher. The next chart (below) tracks the 36th-month of the WTI forward curve through time. The rally in the “back” of the curve has broken out of a seven-year trading range.

A rise in the back of the curve could imply several things: 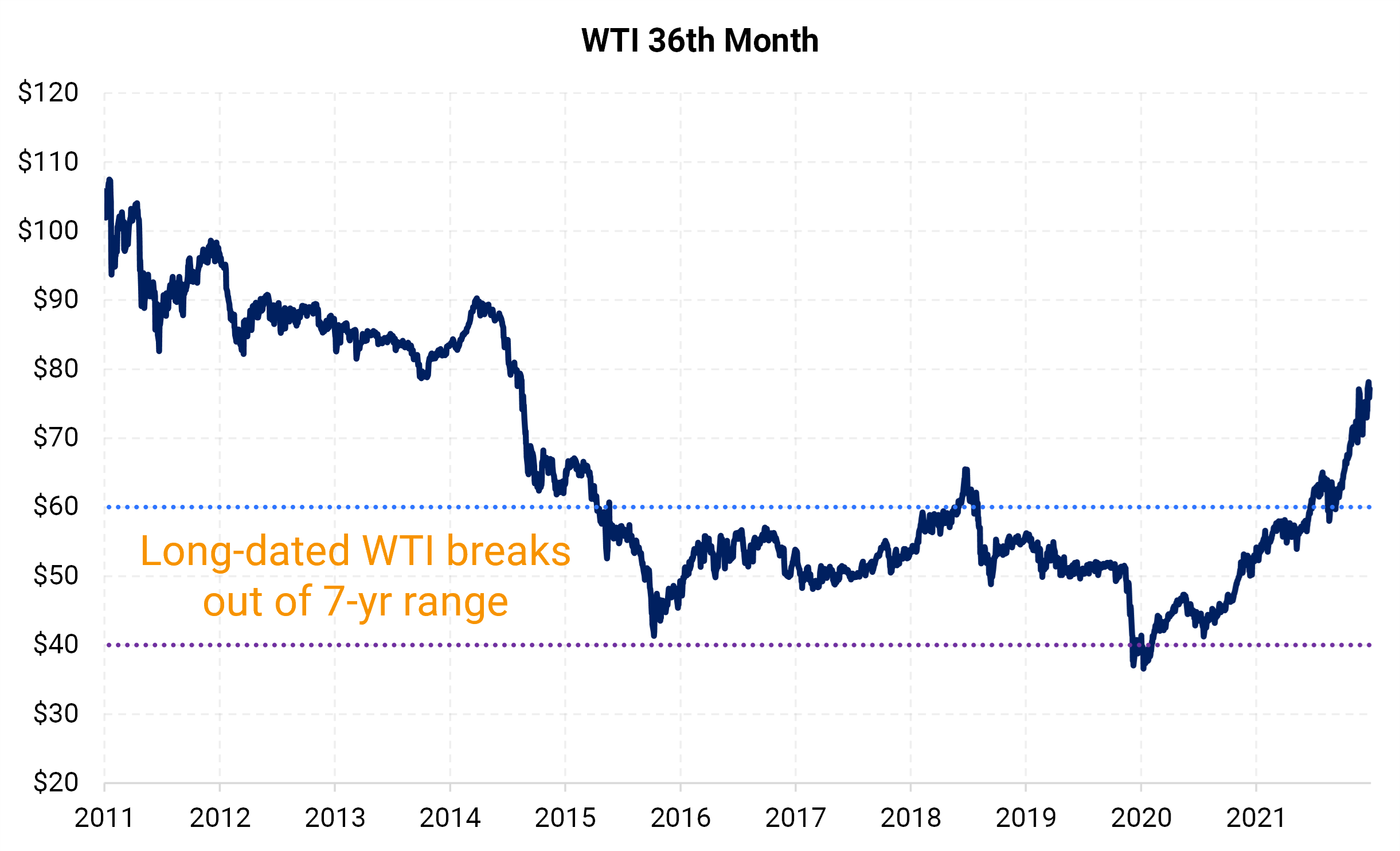 Whatever the cause, it’s a boon for the oil producer who may be disappointed by recent near-term oil weakness. Whoever it was, there has been a sharp increase in bids for long-dated oil.

Nearby oil tenors generally reflect supply and demand factors coupled with inventory levels. This explains recent volatility in the oil market, because supply and inventories both were shocked after Russia attached Ukraine. But while that was happening, prices rose throughout the curve.

Producers still have a chance to sell crude at prices in late 2022 through 2024 that are much higher than they were two months ago. Prices could change again, and head higher. AEGIS identifies multiple factors that could cause such a future. Yet, in the past seven years, price levels three years out were between $40-$60/Bbl. With Cal 2024 trading at $80/Bbl, producers in many U.S. shale basins could lock in healthy returns.