Lower supply expectations in the U.S. and abroad, and expectations for a recovery in global oil demand, will support prices through the end of 2021, according to the EIA.The EIA expects WTI to average $41.63/Bbl in 4Q2020, up 7.3% from its previous forecast of $38.81. In 1Q2021, the price is expected to rise further to average $44.50/Bbl, up from an estimated $40.22/Bbl in last month's report. WTI will average $38.96 in 2020 and will strengthen to an average of $45.78/Bbl in 2021, according to the EIA.The EIA reduced its 1Q2021 OPEC production forecast by 1.68 MMBbl/d, bringing its total to 30.72 MMBbl/d as they expect member countries to adhere to new quotas. Previously, on December 3, OPEC and its allies agreed to ease oil output cuts by 500 MBbl/d beginning in January. OPEC+ had planned to increase production by as much as 2 MMBbl/d at the start of the new year, but the December meeting resulted in consensus to delay those supply increases. Market participants expected the 2 MMBbl/d supply hike to be deferred by three to six months. EIA's revised supply figures reflect the newest OPEC announcements. 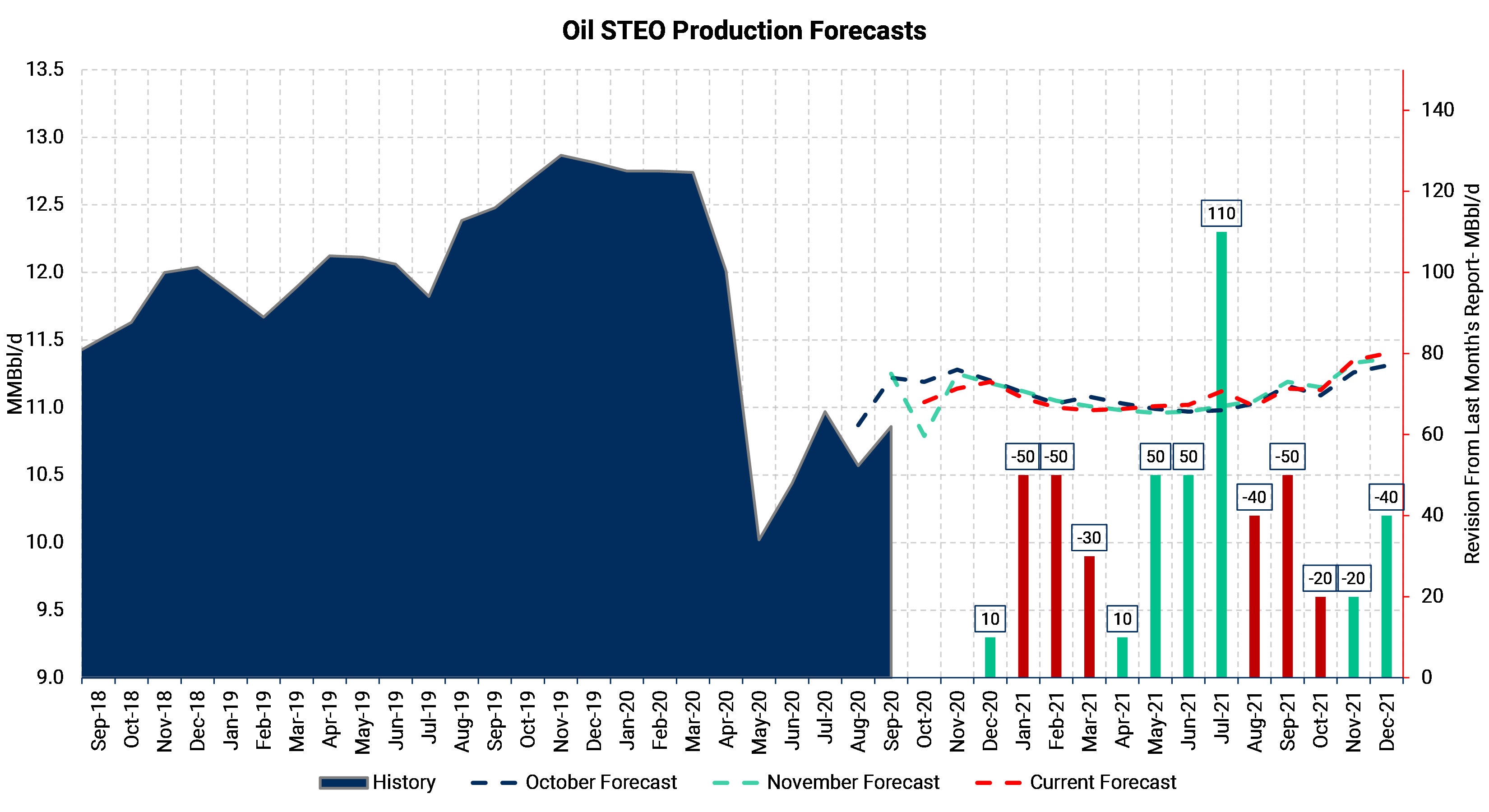 The agency also estimates that U.S. crude production will fall 910 MBbl/d year-over-year in 2020, to average 11.34 MMBbl/d. This compares to its previous estimate of an 860 MBbl/d decline. The EIA sees further production declines ahead in 2021, with production expected to fall by 240,000 MBbl/d to 11.10 MMBbl/d compared to its previous forecast of a 210 MBbl/d drop.

In the chart, you can see that the agency decreased its production forecast in 1Q2021 by an average of 43 MBbl/d before increasing it through June. While recent strength in prices has increased drilling and completion activity and brought wells back online, it will likely be outpaced by declining production rates at existing wells, hence the downward revision. (Please note the red bars are negative revisions, while green ones are positive revisions)