Gas inventories are a major (on some days, largest) source of supply in the winter. A storage deficit this year raises the risk of extremely high prices this winter

(November 3, 2022 – AEGIS publishes the main charts and figures below as a weekly reference article. This article introduces the materials.)

There is a storage deficit at this moment, but not as pronounced as earlier this summer 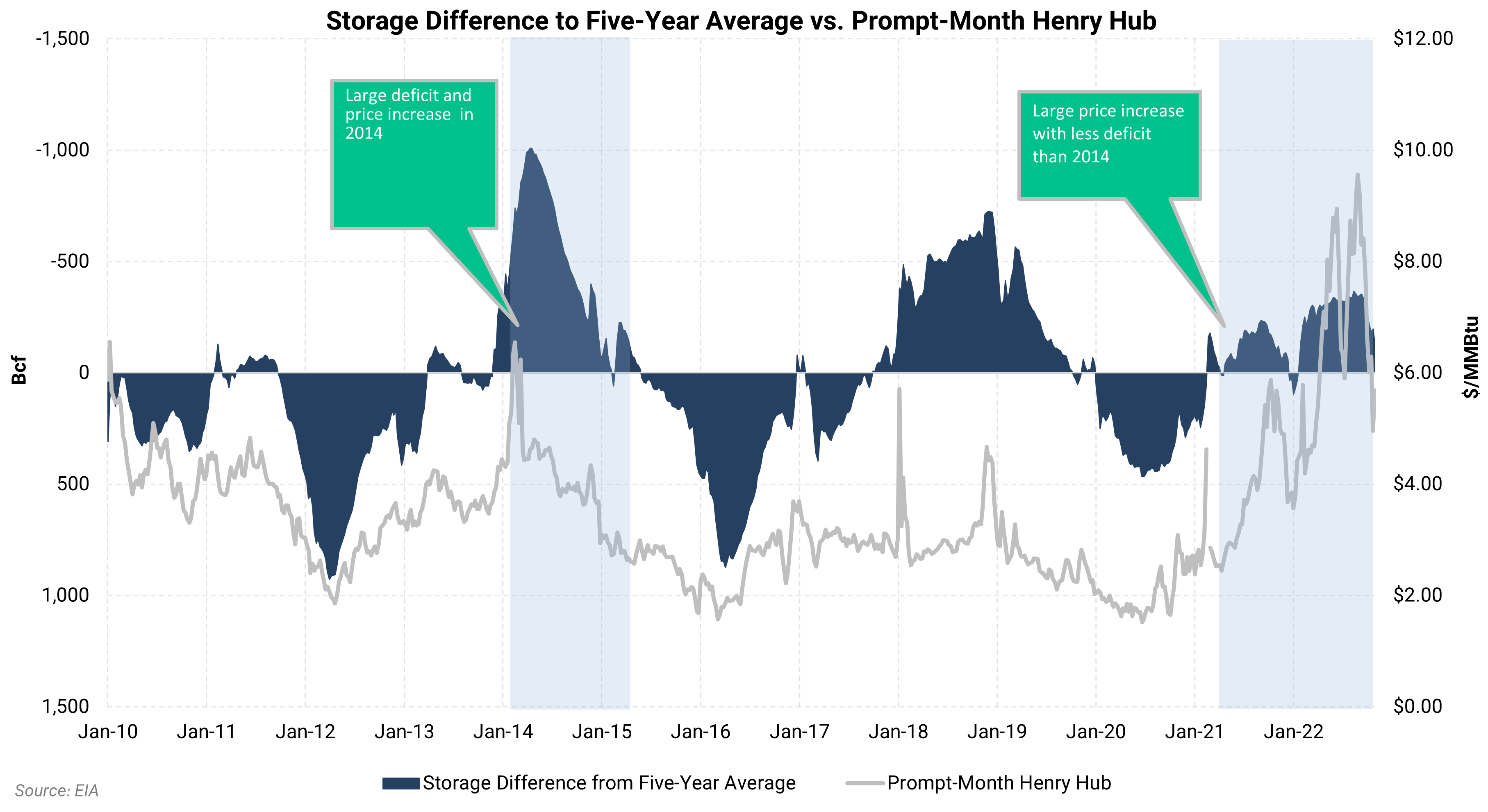 A storage deficit is reliably associated with higher prices 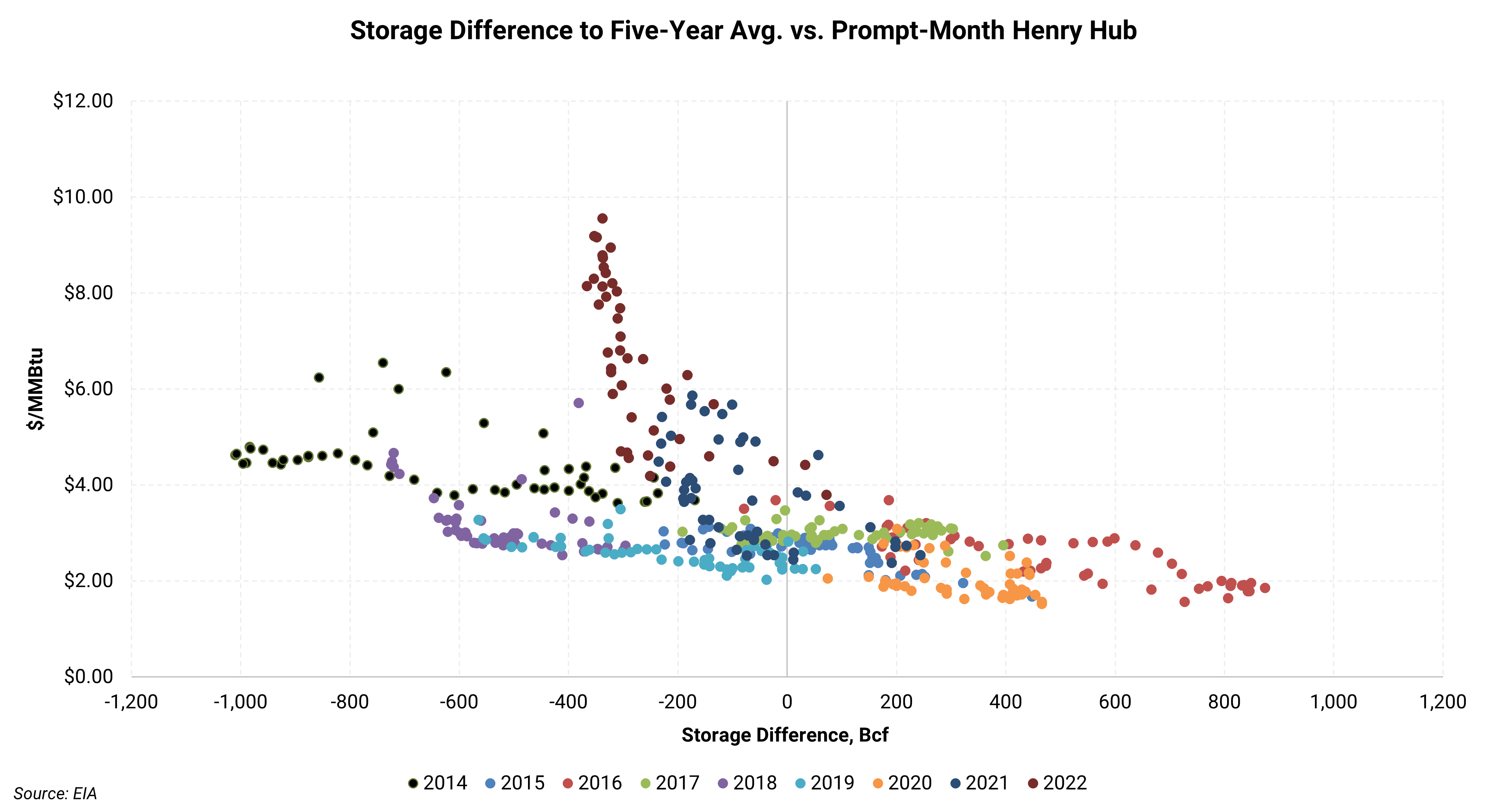 After adjusting for weather, the supply and demand balance has flipped to indicate looser conditions this fall 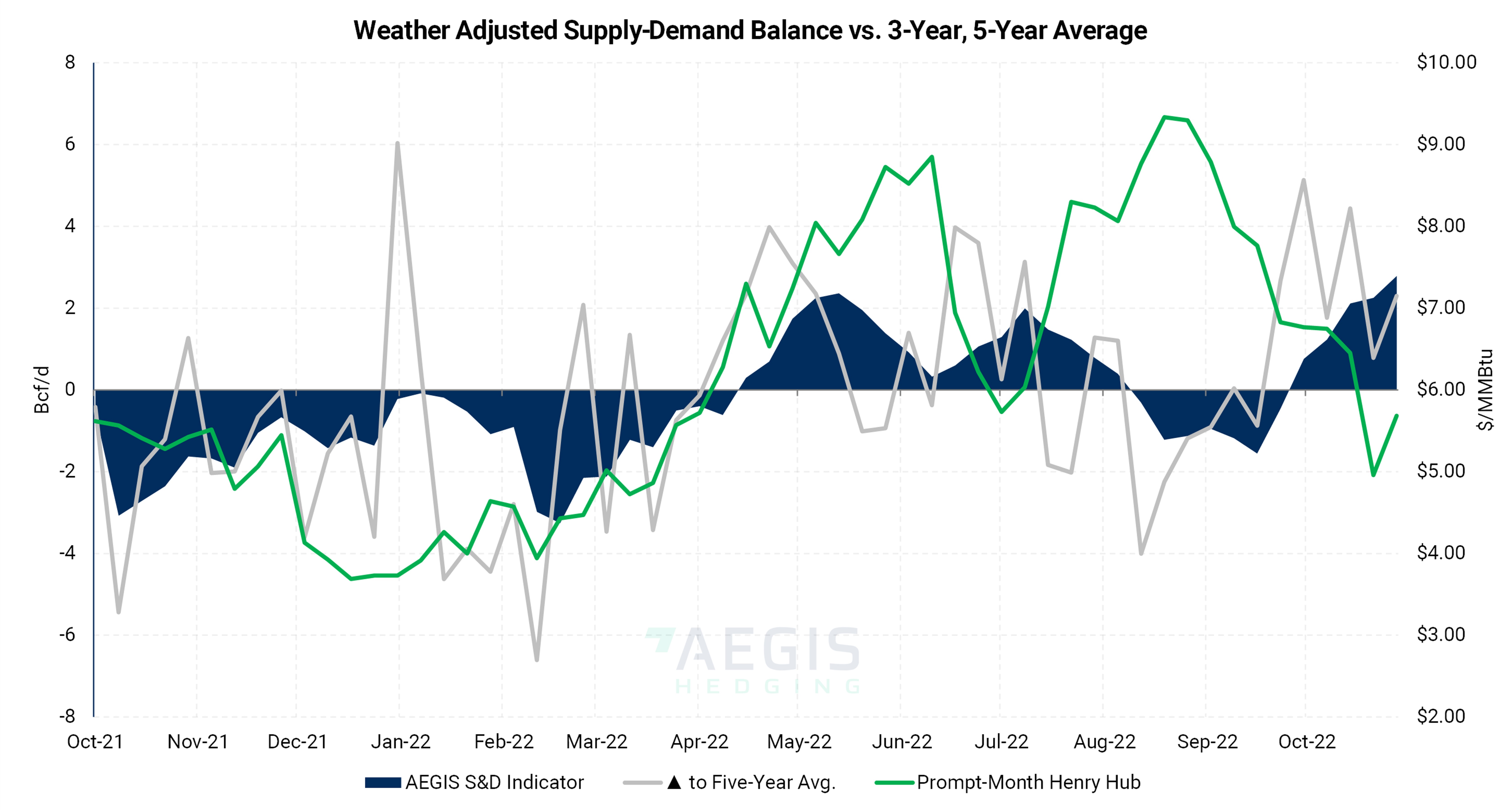 Five weeks ago, it appeared inventories would begin this winter at a materially low level, not anymore 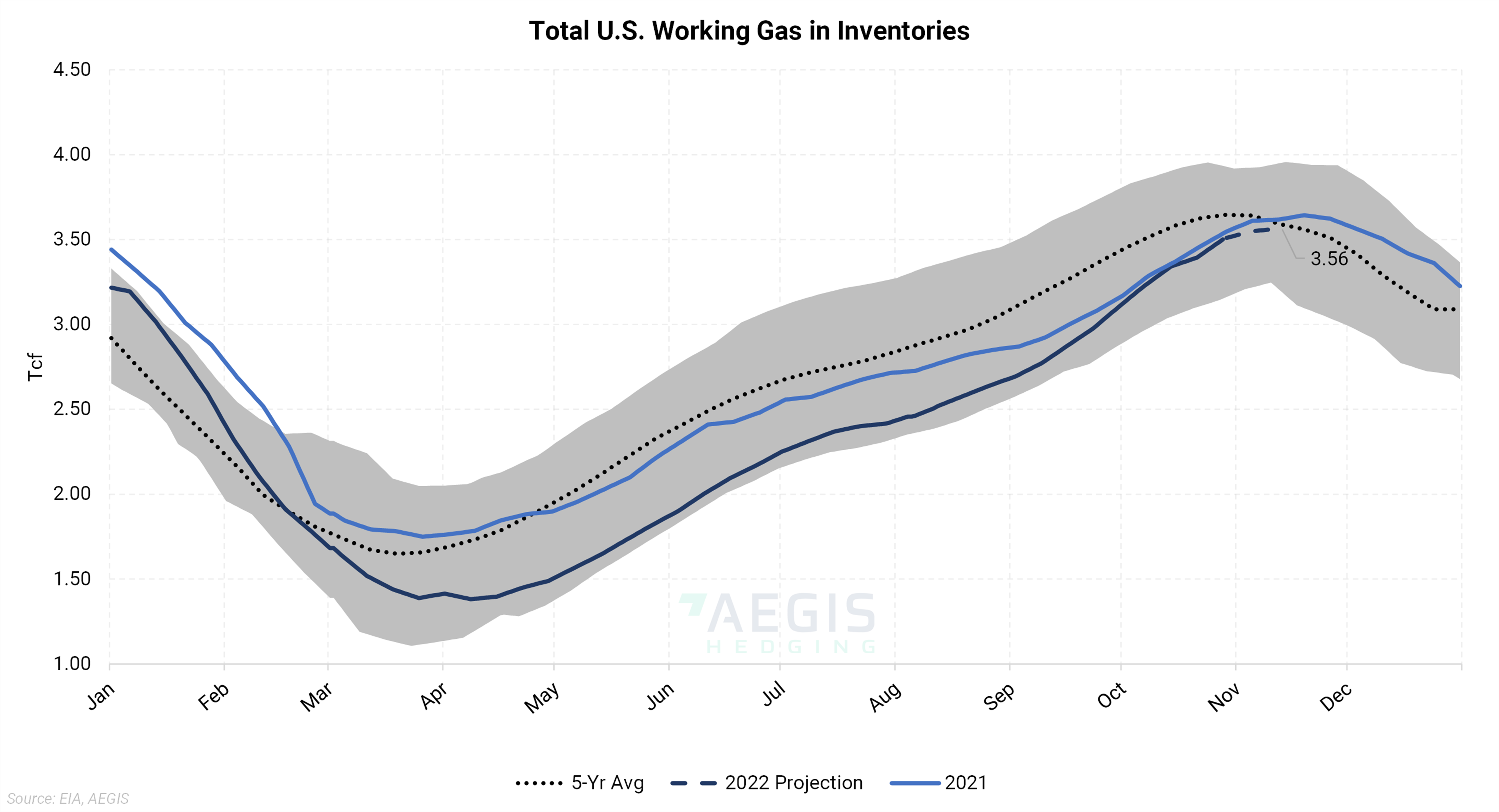 The storage deficit is shrinking. Is the risk of significantly higher prices gone?

While AEGIS models currently show a looser supply and demand balance, the deficit could expand further if weather begins to support demand or production stagnates. With inventories expected to start winter at a healthy level, prices have softened to reflect this reduction of risk premium. However, the deficit persists (although less pronounced than it was) and with Freeport LNG expected to restart soon, the risk that the deficit could expand and lead to higher prices remains.