Oil-Refining Crunch and There's No Fix in Sight 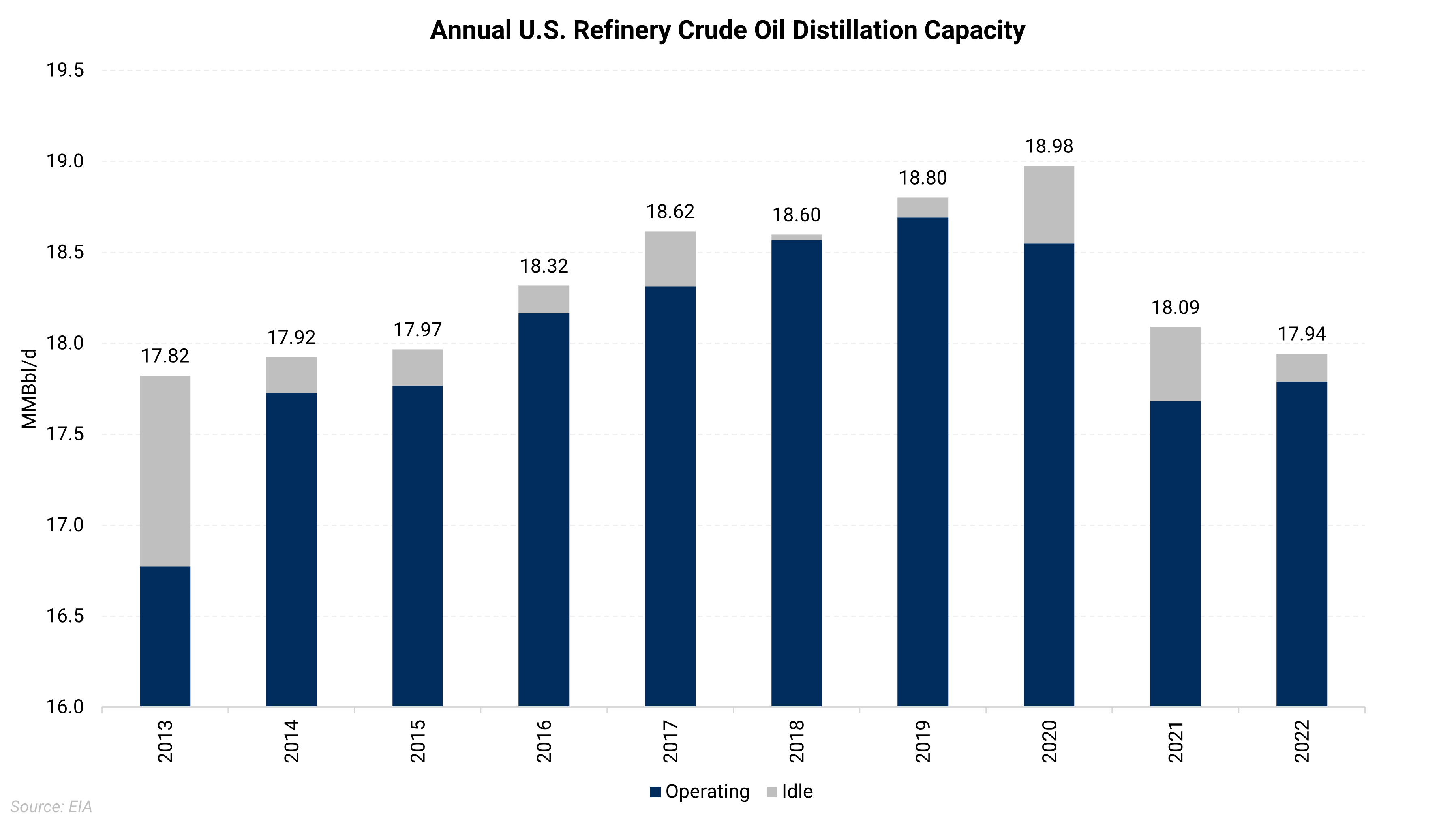 United States' energy market is alarming travelers and the broader economy, as evidenced by record fuel prices, rising airfares, and low fuel inventories. There is simply not enough refining capacity to convert crude into usable fuels.

How much refinery capacity does the U.S. have?

Is pandemic the only factor causing the U.S. to lose refining capacity?

The chart above shows closures and conversions in the last three years. Compared to 2019 levels, the nation's refiners have shut down or announced plans to shut up to 1.8 MMBbl/d of refining capacity.

Is it possible to restart facilities quickly?

How is lost refining capacity affecting fuel prices and production?

What does lost capacity mean for the future of liquid fuels?