OPEC and its allies agreed on Thursday to ease oil output cuts from January by 500 MBbl/d, with more yet-undefined increases on an ongoing basis. Before the meeting, the market expectation was that the group would delay the entire scheduled increase of ~2 MMBbl/d in January by three to six months.

The 500 MBbl/d relaxing of cuts will reduce OPEC+'s supply reduction from 7.7 MMBbl/d to 7.2 MMBbl/d. OPEC+ implied there were unable to increase production by the full 2 MMBbl/d originally targeted due to a lower global demand outlook caused by ongoing pandemic demand destruction. 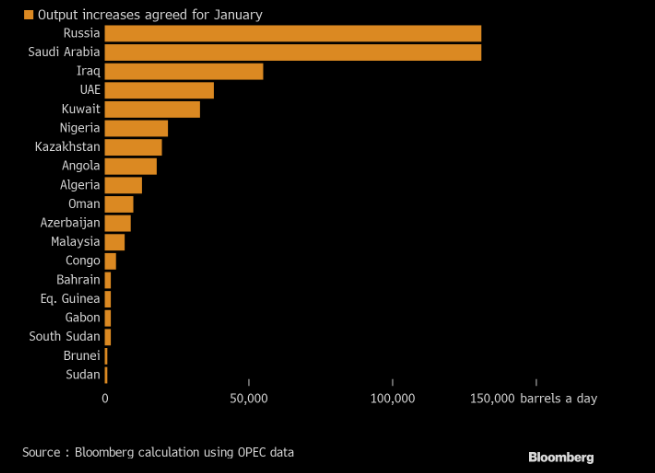 The deal seemed to placate the market. Prices remained mostly flat-to-higher following the OPEC+ announcement on Thursday. It is curious for the market to remain higher with additional OPEC+ volumes coming to the market in January. News leading up to the meeting was of at least a three-month delay to increases in supply that would have likely been priced-in. As Rystad Energy senior analysts Paol Rodriguez-Masiu put it, "it's not the nightmare scenario that the market feared, but it is not what was really expected weeks ago.", according to comments made to Bloomberg.International prices also increased faster than domestic U.S. prices, ahead of and after the OPEC+ meeting - see the chart below. This may show comfort among traders that the global supply-demand can absorb the new supply as measured by the WTI-Brent price spread. 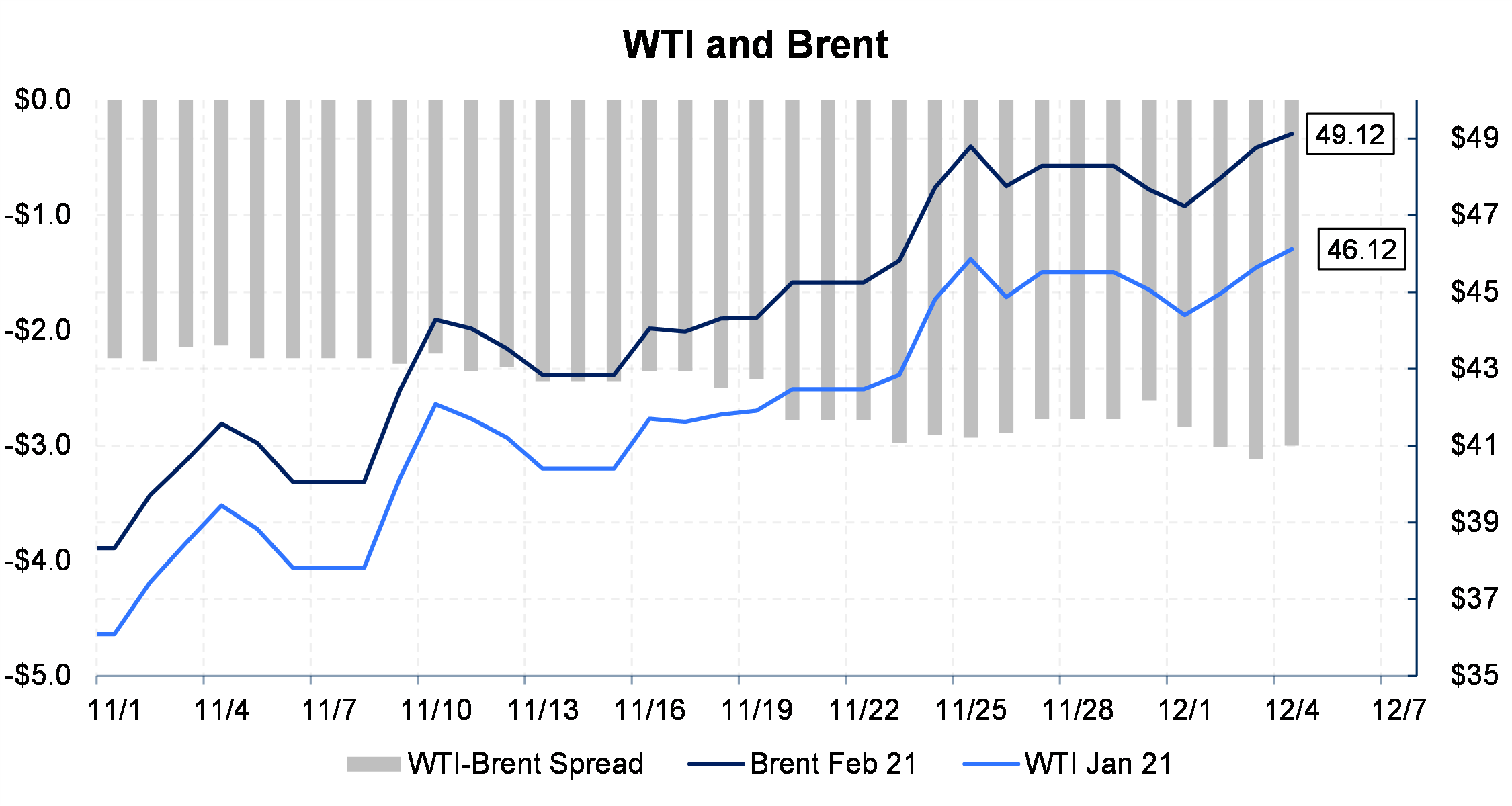 Analysts have been divided on whether an increase in OPEC action would tip the market into oversupply or not. Some believe that even under the new higher supply quotas that the globe would be undersupplied, according to Bloomberg. Others, like Wood Mackenzie analysts, expect that if the increases continue through March there might be 1.6 MMBbl/d of unwanted oil in the first quarter.