Prompt-month DomS basis has dropped by about 75c to -$1.231 since late October. The Dom S. Winter 2020-2021 strip and the Summer 21 strip have also seen substantial price declines after production increased. The Northeast supply region produces more gas than local demand can handle; therefore, producers have to dispose of that excess gas to places like the Midwest, Northeast, Mid-Atlantic, and the Gulf Coast. Northeast gas production has reached record highs of over 33 Bcf/d, according to Bloomberg data, there has been a strain on preferred outbound pipeline corridors. Recent mild temperatures east of the Mississippi have exacerbated the problem for Appalachian producers in the near-term as supply far exceeds local regional demand. The chart below shows the close relationship between rising Appalachian production and calendar 2021 DomS basis. As production increased to new highs, Cal '21 Dom S. prices plummeted over 20c in response — a large move for a full calendar strip in such a short time. 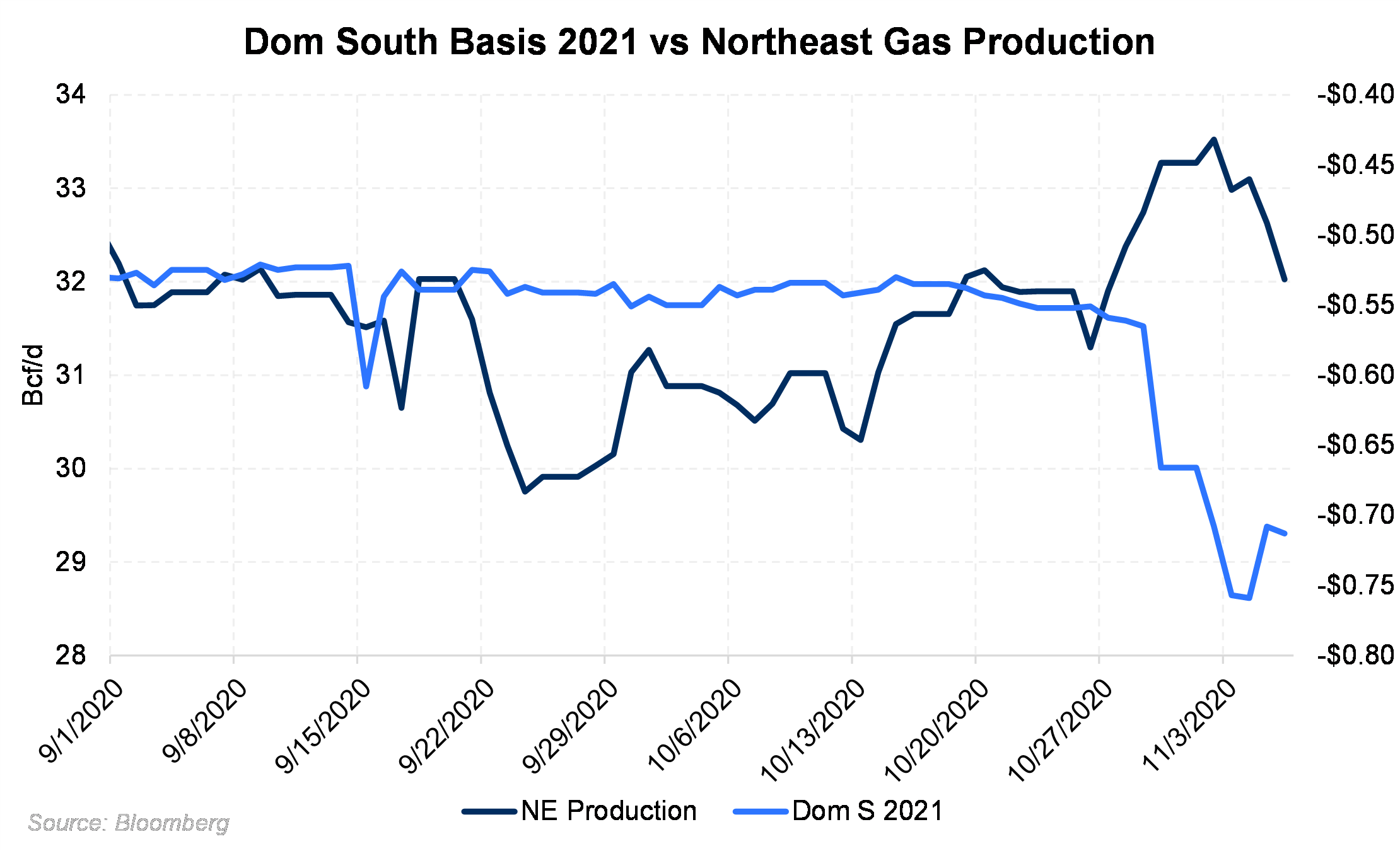 The reason for the sudden spike in Marcellus production has been the reversal of previously shut-in volumes by large Appalachian operators. EQT Corp. slowly returned previously shut-in volumes of about 400 MMcf/d in October. It's likely that other producers have also brought back portions of their previously shut-in production. Cabot Oil and Gas had shut-in an average of 450 MMcfe/d in early October. CNX Resources has brought back almost all of its ~400 MMcf/d production shut-in this past summer. Finally, Range Resources returned about 210 MMcf/d of curtailed production last month that had been offline since mid-September. 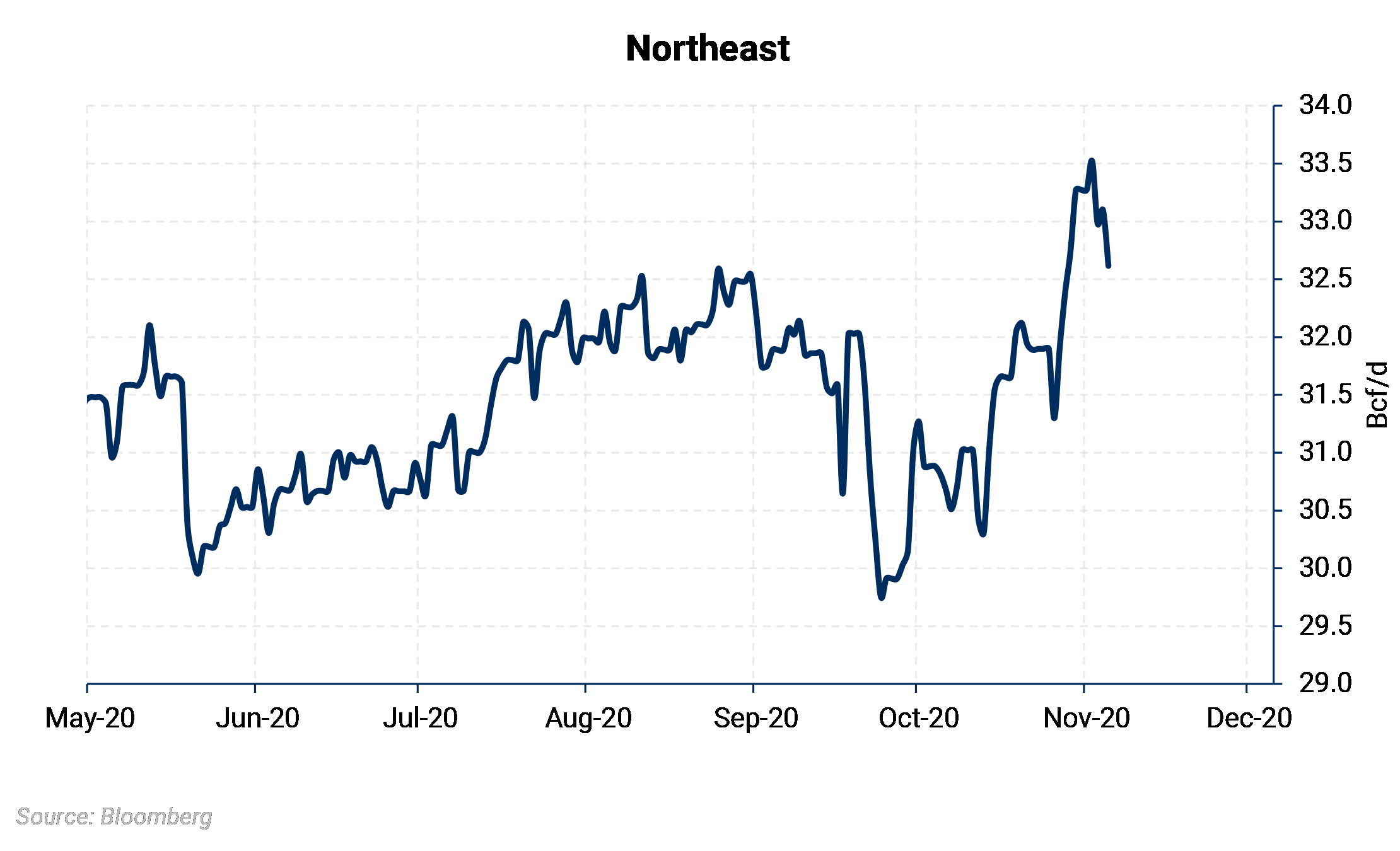 Appalachian producers may be near the limit of what they are collectively able to produce for this winter. Many large public companies in the region have said they plan to keep production close to flat for at least the remainder of the year. With DomS and other local Appalachian basis trading at steep discounts, the incentive to grow production further likely isn't there in the near-term.