'Red' to 'White' Summer Spread Is Widest In A Decade

Hedging 2022 has become more burdensome for producers as the Summer 2022 to Summer 2021 spread is the widest two nearby summers' prices have been in at least the last 10 years.

The next three gas seasons ending with Winter 2021-2022, have been very strong lately, but prices beyond that have yet to participate in much buying activity. Summer of 2021 (a.k.a "White," or prompt) is currently about 40c higher than the following summer (a.k.a "Red" Summer). See the first chart below. With four months until Summer 21 begins, this large of a gap has not been seen this early in at least a decade.

The next year and a half of the gas curve has responded positively to lower production and a strong demand outlook for U.S. LNG; but beyond March 2022, the curve has only appreciated minimally relative to more near-term tenors.

The apparent disconnect between the two summer strips makes it more difficult for producers to pull the trigger on hedging Summer 2022 and beyond. Unless gas production rises rapidly in 2021, the year 2022 looks constructive for gas price. That production increase could come from higher oil prices than in the WTI forward curve, or higher gas prices than in the Henry Hub curve.

But the back of the curve is weaker than what the fundamentals suggest. One potential cause? A lack of demand-side market participants that far out in the curve Being more than three gas seasons away will usually mean less liquidity on the bid side. There are potentially more producers adding selling pressure as they hedge, pushing down the market.

We have been advising clients that must hedge further down the curve to utilize a variety of option structures as we wait for Summer 2022 prices to catch up with forecasted reality — Clients: click through to our Research tab to read more. 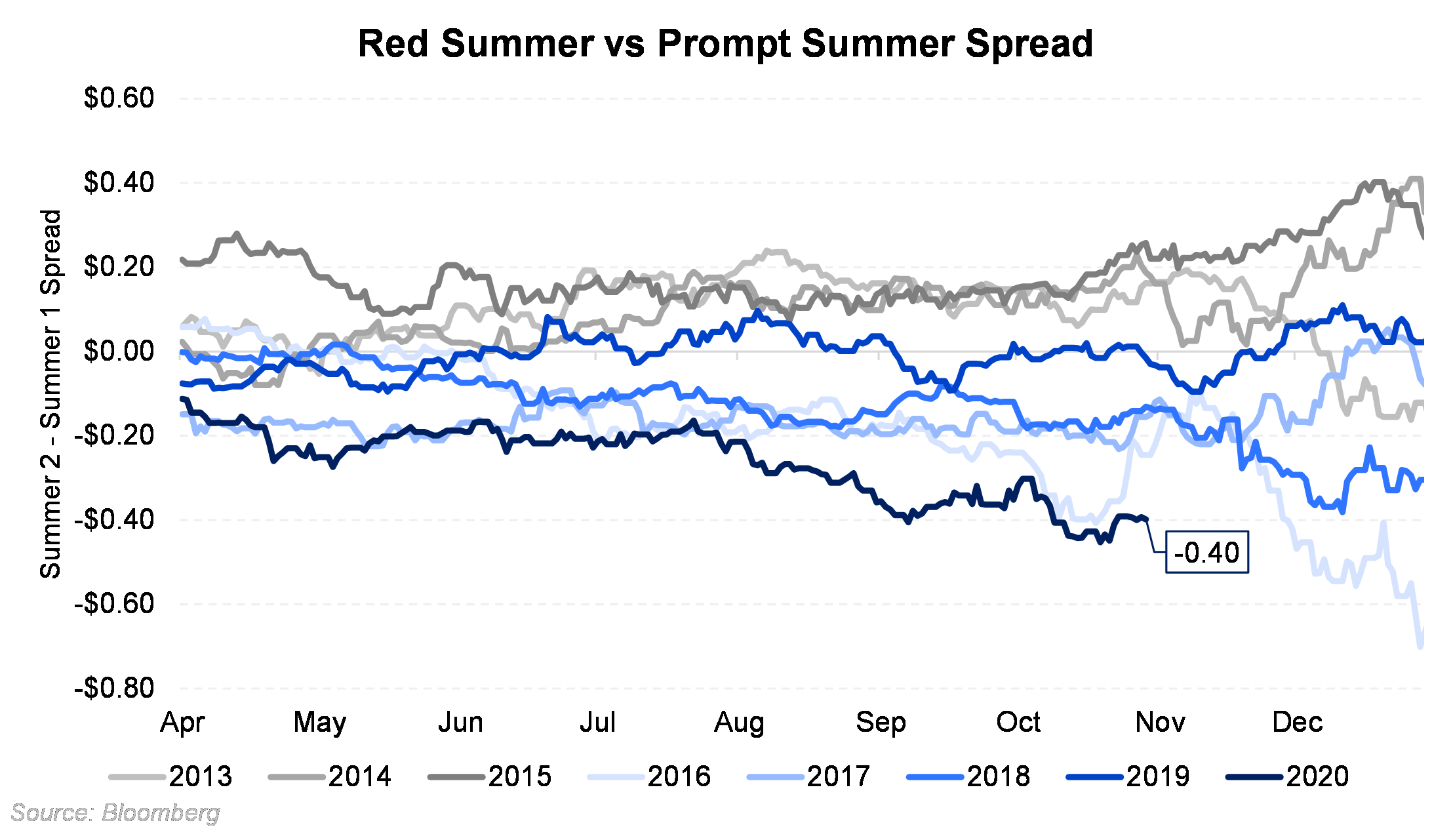 The chart below illustrates the change in the gas curve over the past 90 days. The gap between the two curves shown highlight the wide gap in the next three seasons as Summer 2021 has increased by 41c and Summer 2022 by only 22c. This isn't unusual; the front of any commodity curve typically moves more than long-dated contracts. The recent backwardation has made it discouraging for producers who need to hedge Summer or Cal 2022. 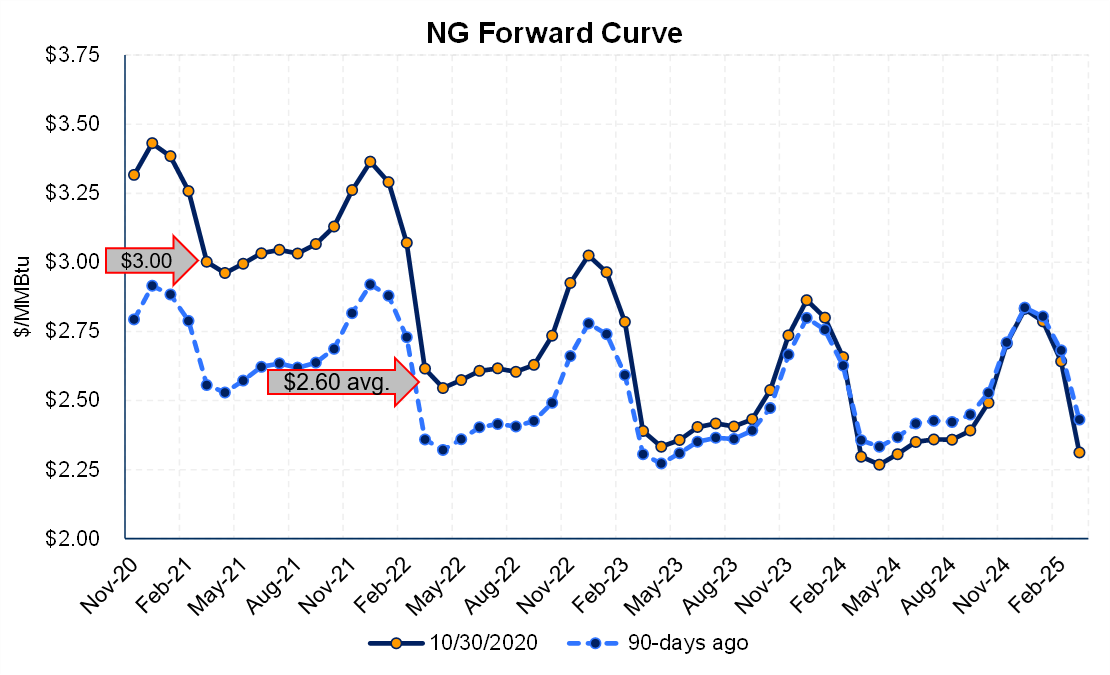