Russia has Europe in Check Position

Crude oil futures have rallied to the highest levels since 2014.  A major contributor to the rise in price is the perceived geopolitical risk caused by the crisis brewing as Russia builds up troops along the border of Ukraine.  A full-blown Russian military invasion of Ukraine would have far-reaching consequences for crude oil and natural gas prices. 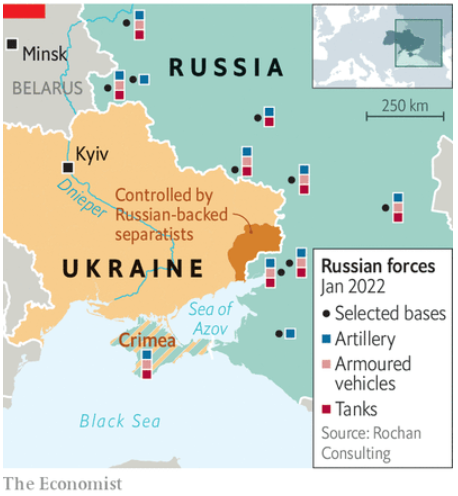 Seven years after Russia annexed Crimea and gained control of a region in eastern Ukraine, Russia has again amassed nearly 100,000 troops along its border with Ukraine in an effort to ensure that Ukraine will never join NATO.  Meanwhile, NATO allies are trying to figure out how to defend a country it has no obligation to defend in an effort to keep Russia from reconstructing Soviet Union style influence in the region.  The United States has threatened severe economic sanctions, Germany has threatened to halt Nord Stream 2, Britain has begun supplying Ukraine with anti-tank weapons, even Canada has sent a foreign minister to try and diffuse the situation.

Talks this time around are more complex because the EU is very much dependent on Russian natural gas.  Shrinking domestic energy production, disappointing renewable energy generation, and booming Asian demand that has sucked gas eastwards have all played a role in concentrating an energy shortage that has given Russia a frightening position in Europe’s energy security. 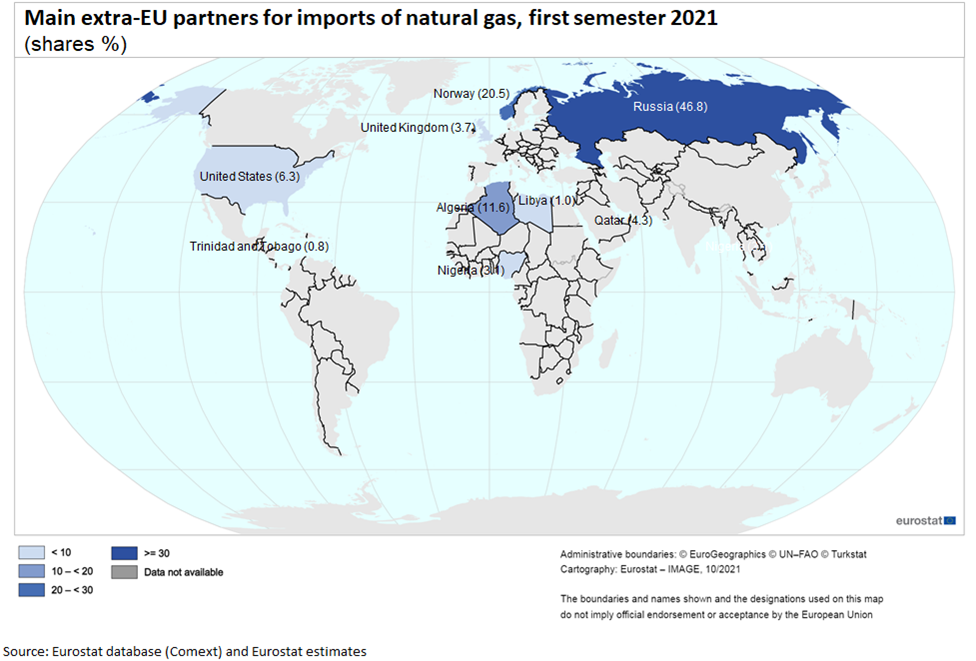 The United States has warned that it would impose more severe economic sanctions than it did in 2014 if Russia does indeed invade Ukraine.  These sanctions include barring Russia from SWIFT, the dominant system for cross-border payments between banks, and impeding Russia’s ability to convert rubles to western currencies.  Given that most of its oil and gas exports are denominated in US dollars, this would have fast and devastating effects for Russia.

Europe’s awkward position leaves it to suffer the worst of Russia’s retribution should the United States respond with sanctions as it has threatened.  Natural gas and LNG prices would soar even higher.  Global crude prices would also soar as Russia would be limited in who they could sell their crude oil to (mainly China) taking upwards of 1.5 MBbl/d of Russian crude oil supply away from much of the world. 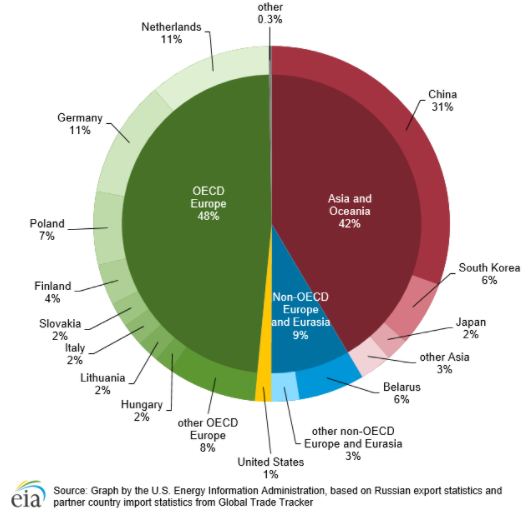