Near-term basis in Southwest Appalachia, such as Dominion South (Dom S), have rallied while most of Cal 2021 and 2022 have continued to falter. Weakness for Dom S further down the curve comes at a time when production is at or near record amounts and future pipeline egress is in question.

The chart below shows the evolution of the Dom S March contract and the next four gas seasons. Dom S (Mar 21) has recovered to near -40c to the Hub from about -80c late last fall where production was ramping higher and mild weather provided unseasonably low demand. The price recovery reflects the progression in winter and the climb in demand, especially as of late.

The rest of Cal 2021 and Cal 2022 Dom S hasn't faired so well. Rewind the tape about a year and Appalachia was set to gain two 2 Bcf/d major interstate pipelines that would have transported gas away from Southwest Appalachia to higher net-back markets in the South and the Southeast. On of those major pipes was the Atlantic Coast Pipeline (ACP) project who finally threw in the towel on July 5, 2020 after submitting to the string of legal challenges and cost overruns mounted against the pipe. It's probably not a coincidence that longer dated tenors for Dom S fell as the project was set to be in-service in early 2022. 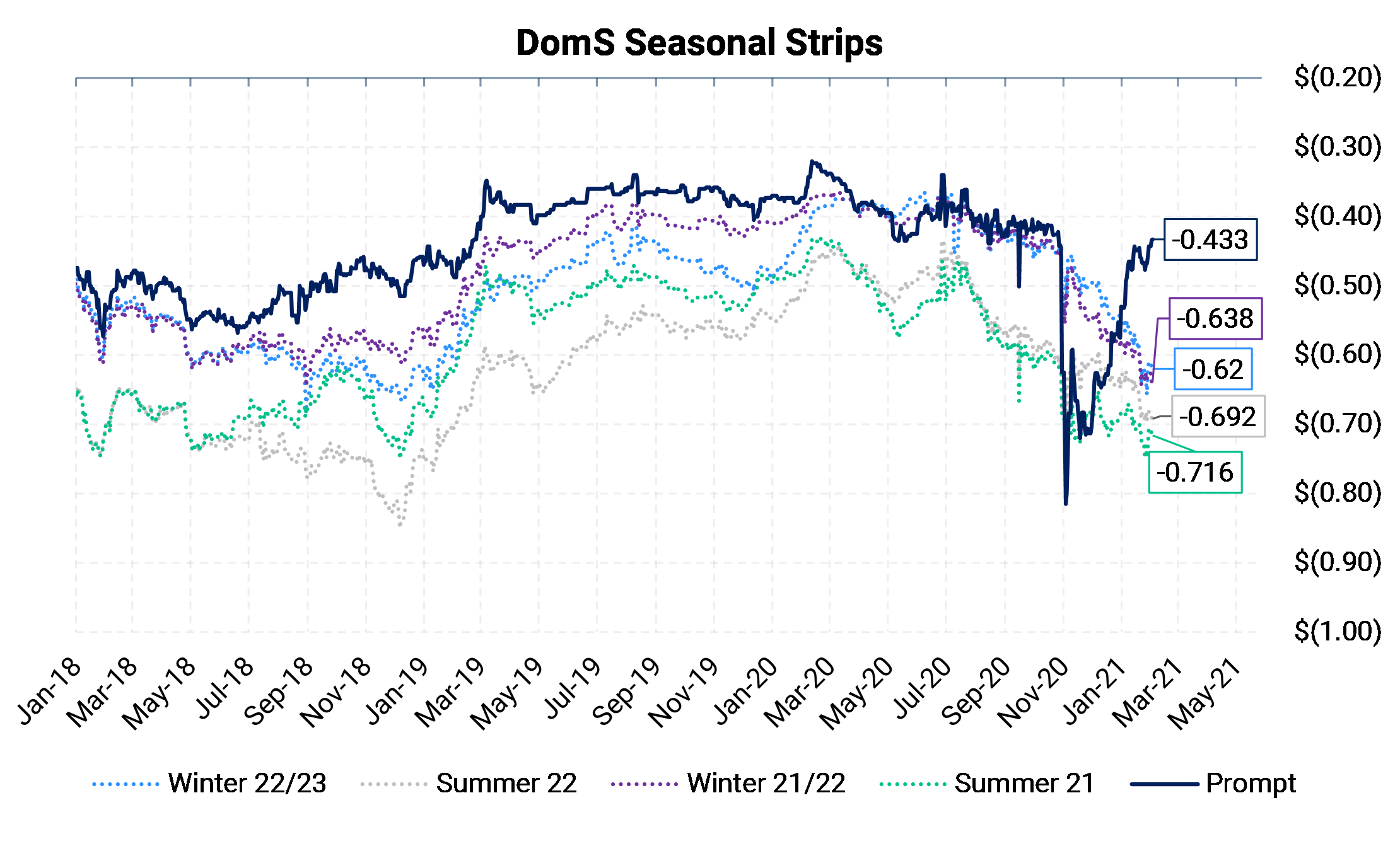 Production in the Northeast hit record levels this winter as a few Appalachian producers released previously held back gas from last fall and summer. The chart below shows The volatility in Northeast gas production over the last year. Last summer, dry gas production averaged about 31 Bcf/d before ramping to record levels in December and January. It's likely that the region's takeaway capacity was strained in late fall as production neared 33 Bcf/d as Dom S cash basis was sent all the way down to $0.50/MMBtu. Further production growth in Appalachia is doubtful for 2021 and perhaps even 2022 if MVP is unable to overcome both its environmental and legal woes.