The WTI CMA Roll, a contributor in most producer pricing formulas, can now be opportunistically locked in, once again.

The WTI Calendar Month Average Roll (the "Roll") is a component of many producer pricing formulas, and it can be hedged. The Roll for a particular calendar month is calculated as the daily average of 2/3 * (Month1 Future — Month2 Future) +1/3* (Month1 Future — Month3 Future) for each trading day in the associated Trade Month Period. The Roll is a positive contributor in producer pricing formulas when the WTI futures curve is in backwardation (downward sloping), and a negative contributor when the WTI futures curve is in contango (upward sloping). The Roll represents a time spread for piped barrels between when they are nominated and when they are delivered. 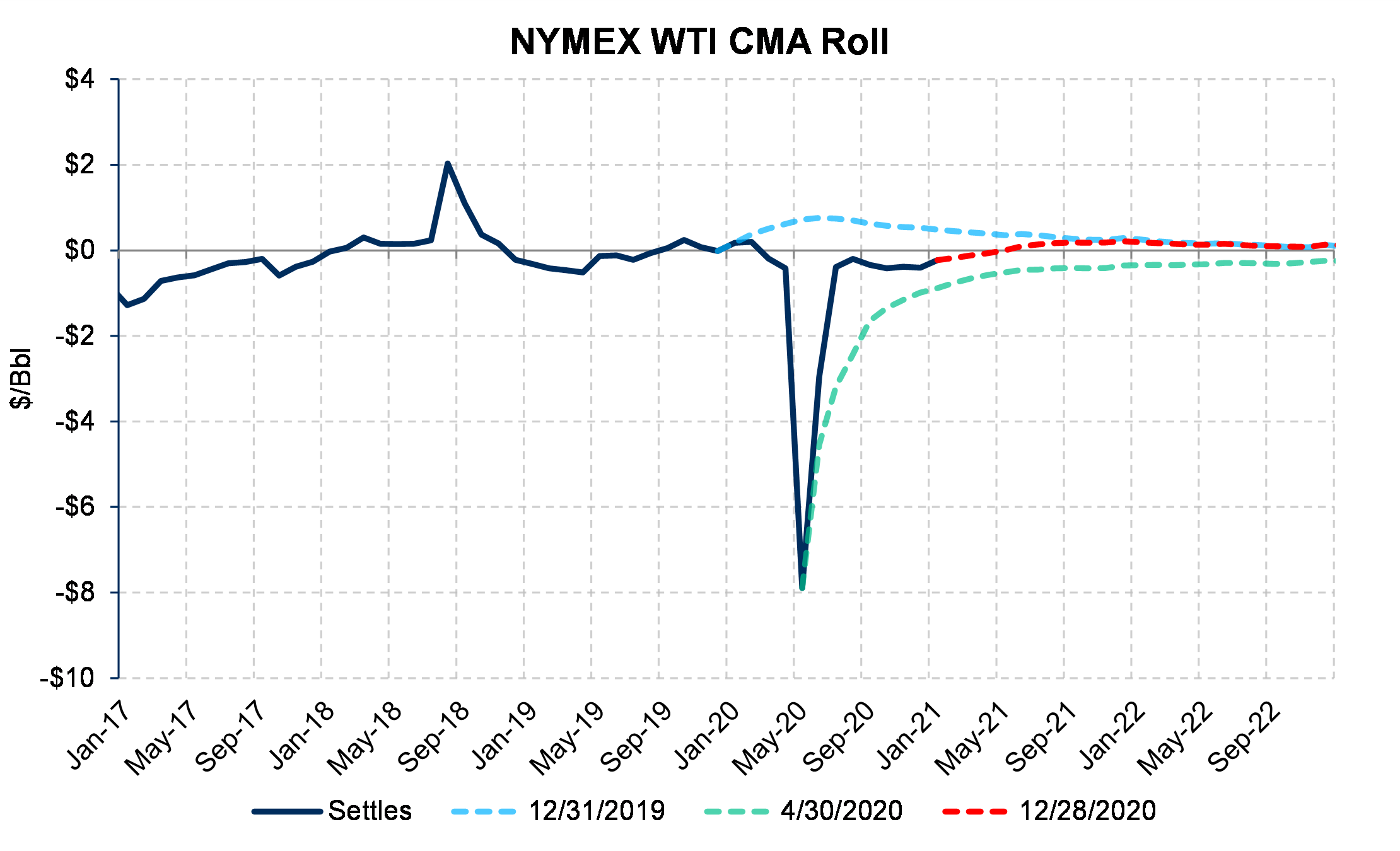 Usually, the Roll is not a large contributor to producers' oil realizations, positive or negative. 2020, being such an unusual year in many ways, has shown us how volatile Roll settlements can be. For the May 2020 Trade Month, the Roll settled at nearly (minus) -$8! This was a massive departure from the -$1.00 to +$1.00 range the Roll tended to settle in, and significantly detracted from the already poor realizations producers were facing from an oversupplied oil market.

Fortunately, due to the dramatic OPEC+ supply cuts, as well as a host of other factors, oil prices have climbed meaningfully from their 2020 lows. The Roll has fully recovered as a result, and in much less time than the forward markets anticipated back in April/May.

In fact, with the WTI forward curve mostly in backwardation today, forward Roll prices are once again positive. It's a hedging opportunity for producers.

AEGIS has a favorable view of hedging the Roll because of fundamentals. OPEC+ is still withholding over 7 MMbpd of production to balance the market. That is a significant impediment to the oil curve's ability to get more backwardated. On the other hand, there are plenty of downside risks to oil prices that could weaken the front of the curve and hence put WTI back into contango for a period of time.

We should point out one caveat. The Roll, like the underlying WTI, tends to increase in value in times of undersupply. Further, the back of the Roll curve typically moves a lot less than the does the front. Therefore, if you hold a bullish personal point of view on Cal '22, that the market could be materially tighter, then hedge the Roll in chunks, focusing on the first nine months.