Natural gas prices in the Permian basin have continued to improve as demand markets in Texas and on the West Coast compete for molecules. Waha basis for Summer 2021 moved to within 10c of Henry Hub on April 8. Peak summer contract months have fared even better, with July, Aug, Sept, trading at an average of -$0.04 to the Hub.

The improvement in West Texas gas pricing comes as natural gas production is lower year-over-year and a new intrastate pipeline from Kinder Morgan is sending more gas east to the Gulf Coast. In the past, oversupply and a scarcity of takeaway capacity have led to steep discounts for Permian gas. 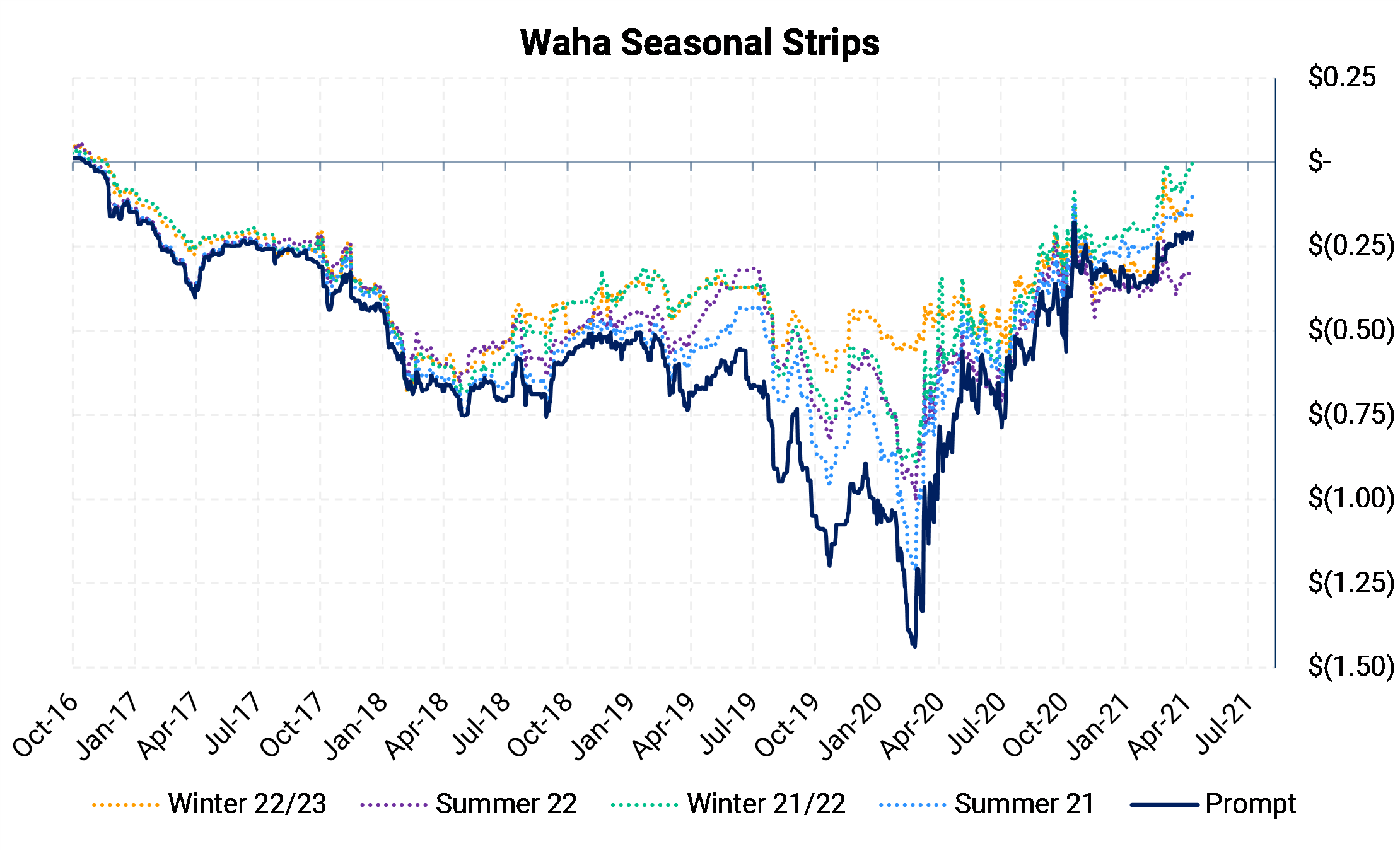 According to Platts, Permian gas production as of early April was down around 1.2 Bcf/d, or about 9%, from year-ago levels. Output in the region is unlikely to reach previous highs of 12.8 Bcf/d, reached in March of last year, until 2022, according to Enverus data. This year, Kinder Morgan put into service its Permian Highway Pipeline (PHP), which added a new 2 Bcf/d eastbound corridor to the Texas Gulf Coast.

Western gas prices may also be higher because of Waha. Since early March, gas prices for SoCal (southern California point on El Paso pipeline) basis have risen 32c to $1.15/MMBtu as of April 8. The rise is Socal might suggest that PHP is directing more gas east and forcing buyers on the West Coast to raise their bid. Gas flows on PHP are mostly opaque due to the pipe being an intrastate pipe and not subject to the same regulatory reporting requirements as interstate pipelines.

The combination of lower Permian supply and added competition for gas in the region has presented an opportunity for producers to hedge at multi-year highs.