The Waha forward curve has been volatile over the past nine months and not volatile in the usual way everyone is used to. Parts of the Waha curve have recently traded at a premium to Henry Hub, with points further along the curve leveling out around -$0.50/MMBtu.

The circumstances that allowed for positive pricing for Waha were a combination of lower production due to activity pullbacks in 2020 and excess pipeline capacity leaving the basin. Excess capacity means more marketers competing, or bidding, for molecules.

As Permian gas production has recovered and is now at record levels, future Waha strips have come off their respective highs. The chart below shows the next four seasonal strips. Only Winter 2021-2022 (green line) has remained elevated near recent highs. 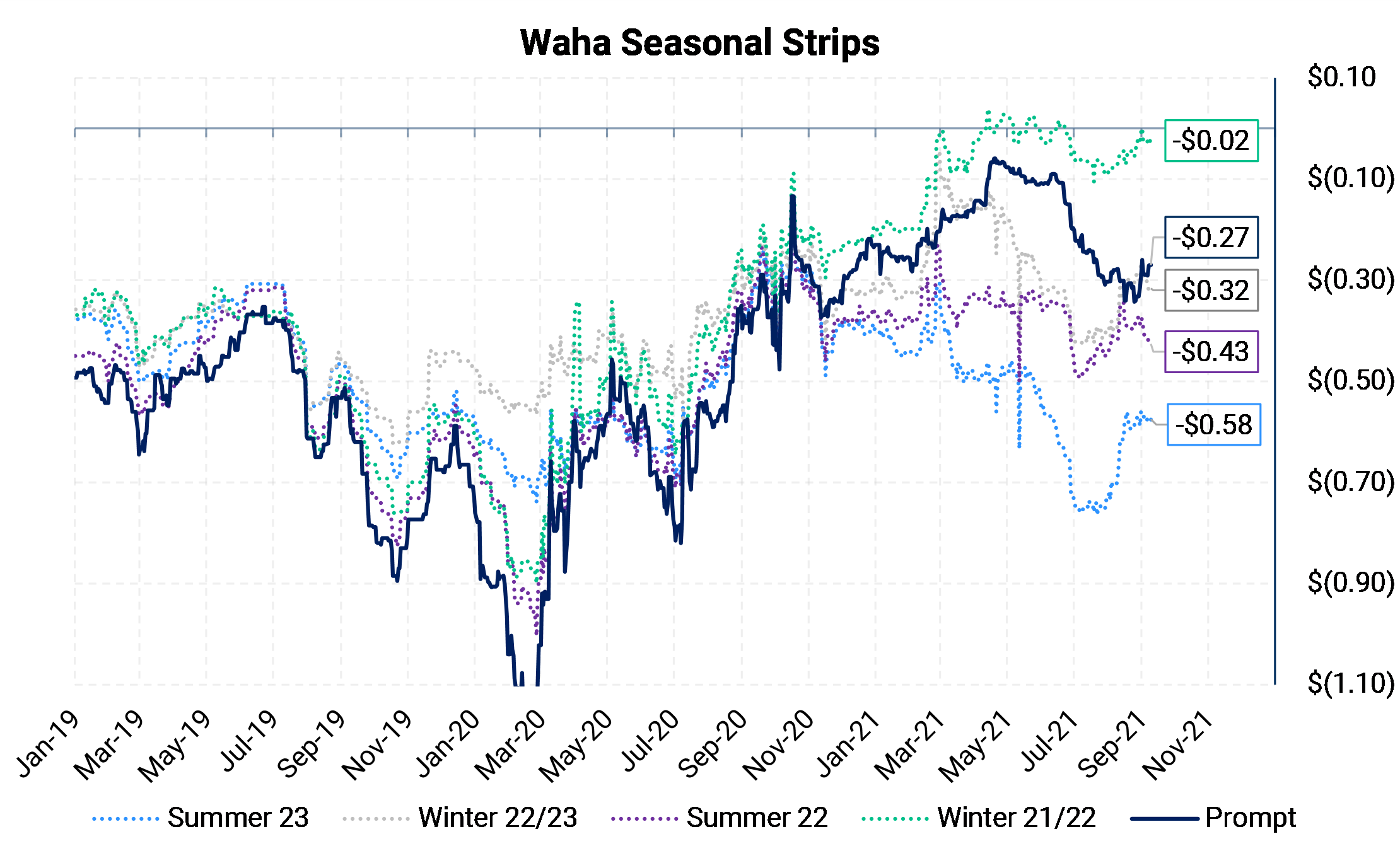 In our view, the Waha forward curve may be close to properly priced, with some downside leanings. In other words, the gradual discounting into the future is deserved. Whitewater Midstream’s new 2 Bcf/d pipeline Whistler just started flowing gas to the Agua Dulce hub in southern Texas in July. Whistler was the third of three 2 Bcf/d pipelines to add takeaway capacity to the Permian in the last few years. As production grows, we expect open capacity from West Texas to Gulf Coast to be filled first. If Permian gas production increases, then higher Waha prices (compared to today’s curve) are probably more challenging to reach than lower prices. This does not mean we are bearish the Waha curve; we only see slightly more risk to the downside.

The Permian production chart below shows an economic forecast using data from Enverus. Based solely on well economics, the Permian region, as defined by the EIA, could grow 1.16 Bcf/d. If gas production is likely to increase and no new pipeline capacity is planned, then Waha basis is likely to stay priced close to or slightly lower than the curve shows today, in our opinion. 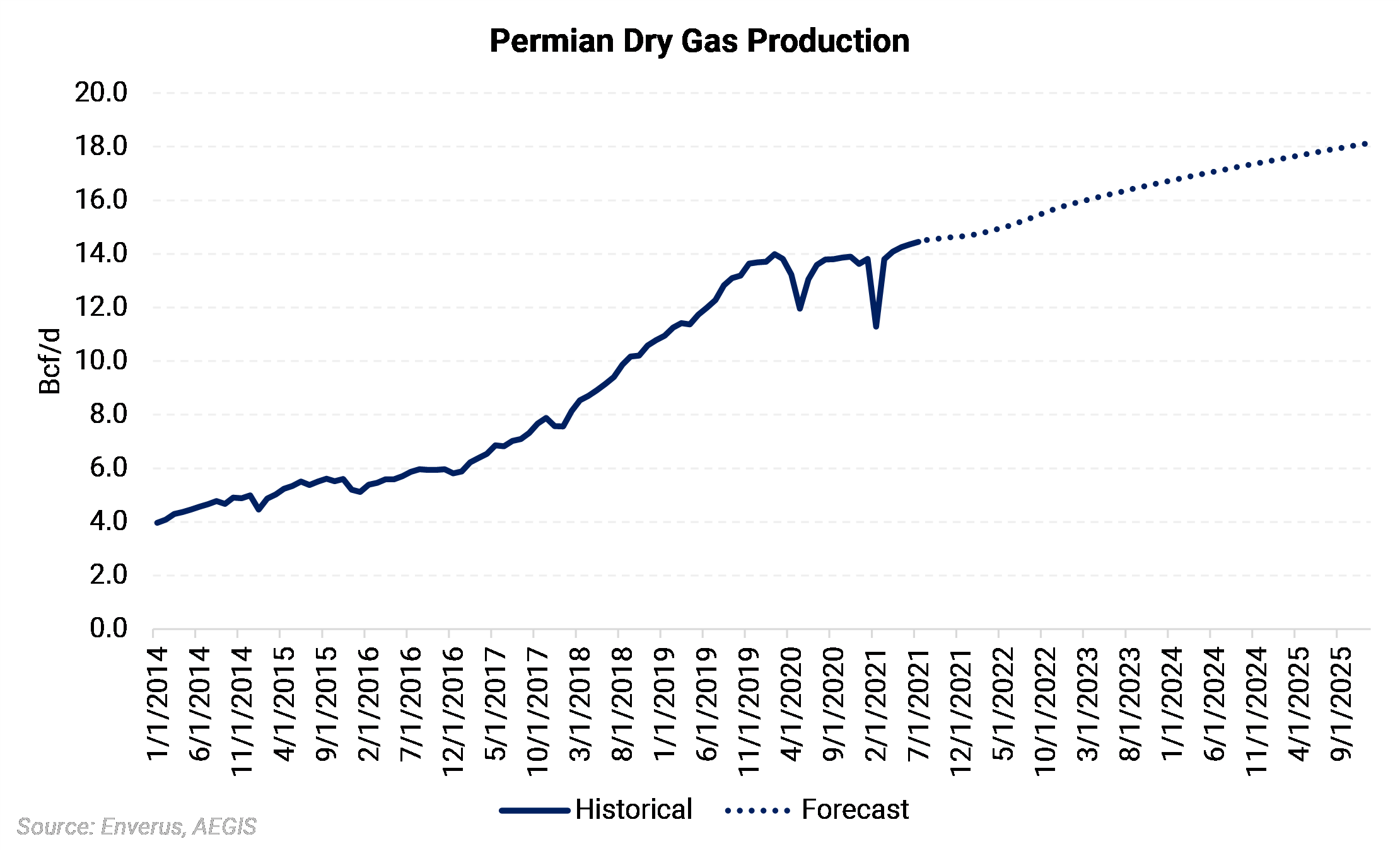