A political coup occurred in Guinea last weekend, which market participants initially feared could disrupt bauxite supplies to China.  Bauxite, an important ore from which aluminum is produced, is a major export of Guinea.  The country produced 84 million metric tons of the ore in 2020, making it the world’s largest producer of the ore.  Likewise, historically over half of China’s bauxite imports come from Guinea.  However, leaders of the coup ensured mining companies that contracts with the state will be honored.  Leadership has also asked miners to keep operating as normal, saying seaborne exports will not be disrupted. 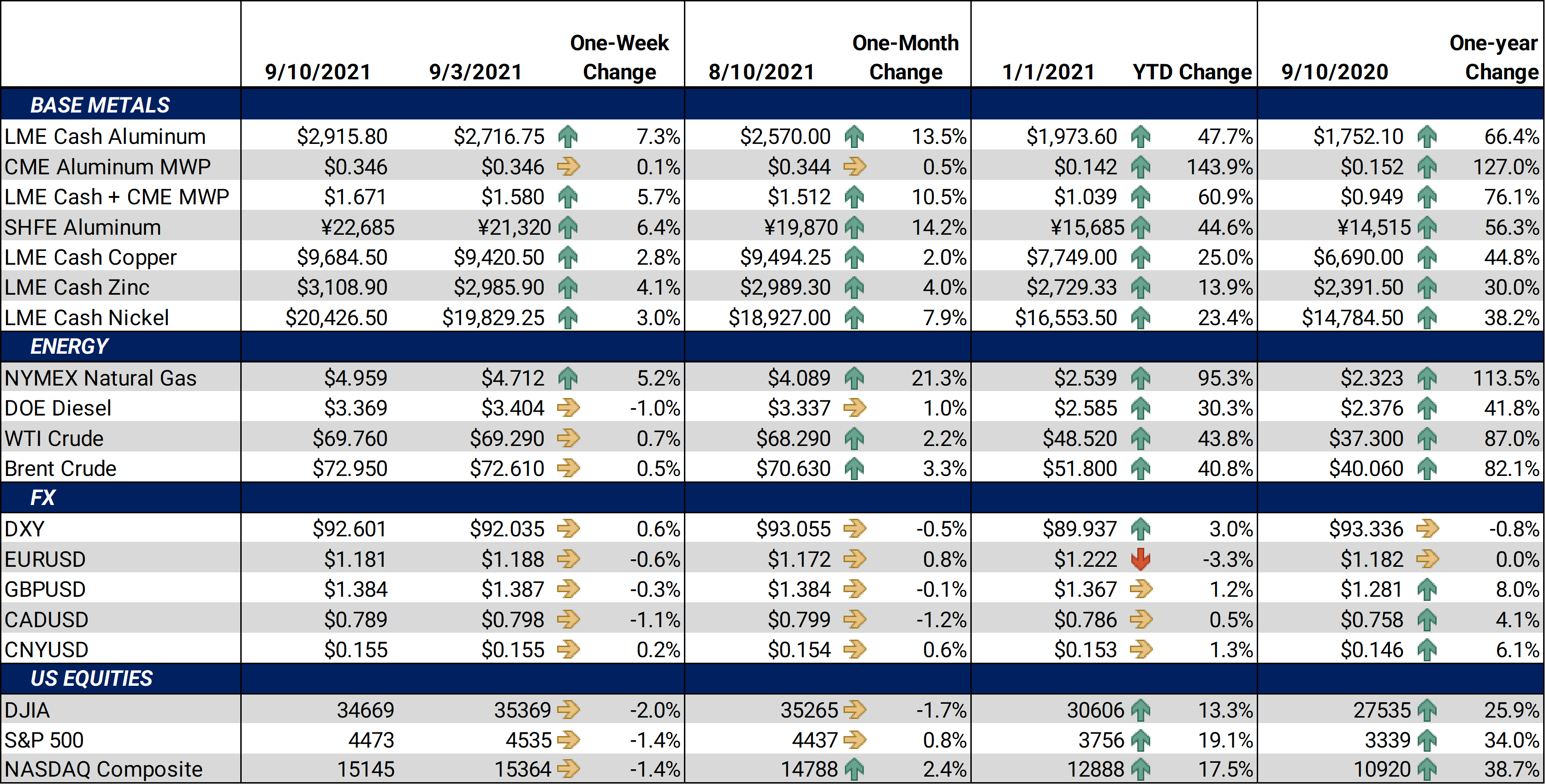 The European Union (EU) is pushing for the US to end some Section 232 tariffs by the end of 2021. The current 25% import tariff was set in place in 2018, implemented by then-President Trump.  The EU hopes to convince US authorities to replace this tariff with a tariff-rate quota.   (A tariff-rate quota is a two-tiered tariff mechanism in which a pre-determined quantity of a good is set at one tariff, and any quantity above that number has a higher tariff.)  This is potentially bearish for HRC Steel, as additional imports from Europe could ease supply constraints.

Automobile production in the US has dipped in September, due to ongoing chip shortages.  Toyota said its Blue Springs, Mississippi plant will be shutting down for three weeks this month.  Likewise, General Motors said it will idle production at several plants for two weeks this month.  Prolonged shutdowns could be bearish for HRC Steel and aluminum.

Lastly, in the US, several calcined petcoke producers and related suppliers have restarted production.  These plants were initially shut down due to damage from Hurricane Ida.  Calcined petcoke is a key input for aluminum production.  If the outages persist, they could further strain an already-tight aluminum market and support prices. .

Chinese prices surged. The Producer Price Index (PPI) jumped by 9.5% year over year, and up from 9.0% last month.   The prices apparently did not get passed on to the consumer yet, as year-over-year CPI was up 0.8%, but down from 1% last month.

The US dollar index rallied this week; however, metals seemed be unfazed by the rally.  The short-term support level is now 92.00, with resistance at 93.50 and 93.75.  The USD typically has an inverse relationship to metals prices.  A strengthening dollar makes dollar-denominated commodities more expensive for foreign buyers.