February Weather Helps End-of-Season Storage Get Back on Track

We derived an end-of-season (EOS) storage number somewhere near 1,467 Bcf. We were able to develop this number by drilling into the relationship between gas-weighted heating degree days and the withdrawal rate from storage so far this winter. Once we established this formula, we plugged in the forecasted HDDs from government models for the remainder of February and March to arrive at our EOS number. 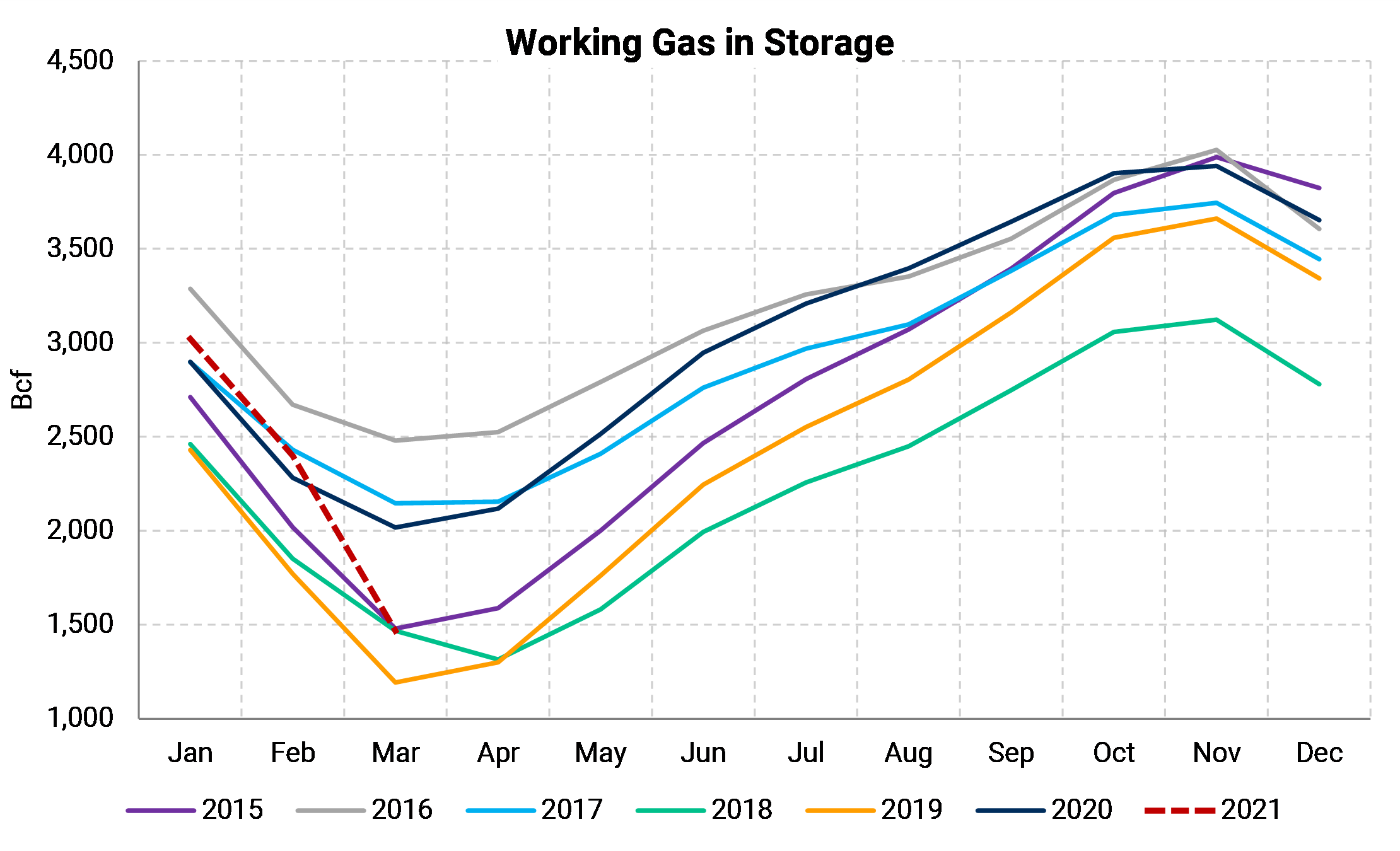 The chart above shows storage levels over the last six years and the forecasted EOS number for this year. Storage is expected to end the season near levels last seen in 2018, when the Summer '18 strip averaged around $2.85/MMBtu.

There are other estimates for EOS storage, including a tradeable contract on ICE. Traders can buy or sell the contract value, just like a forward price. In October, this ICE contract for EOS storage levels was near 1,270 Bcf; however, horribly mild weather thereafter threw a wrench in that plan. The number being offered on ICE continued to creep upward until the end of January. Coming into February, the EOS storage number being traded on ICE was at around 1,650 Bcf.

As weather forecasts started to shift colder, the outlook changed in a hurry. This month's weather pattern has been nearly perfect for gas demand, removing more gas from storage than expected. 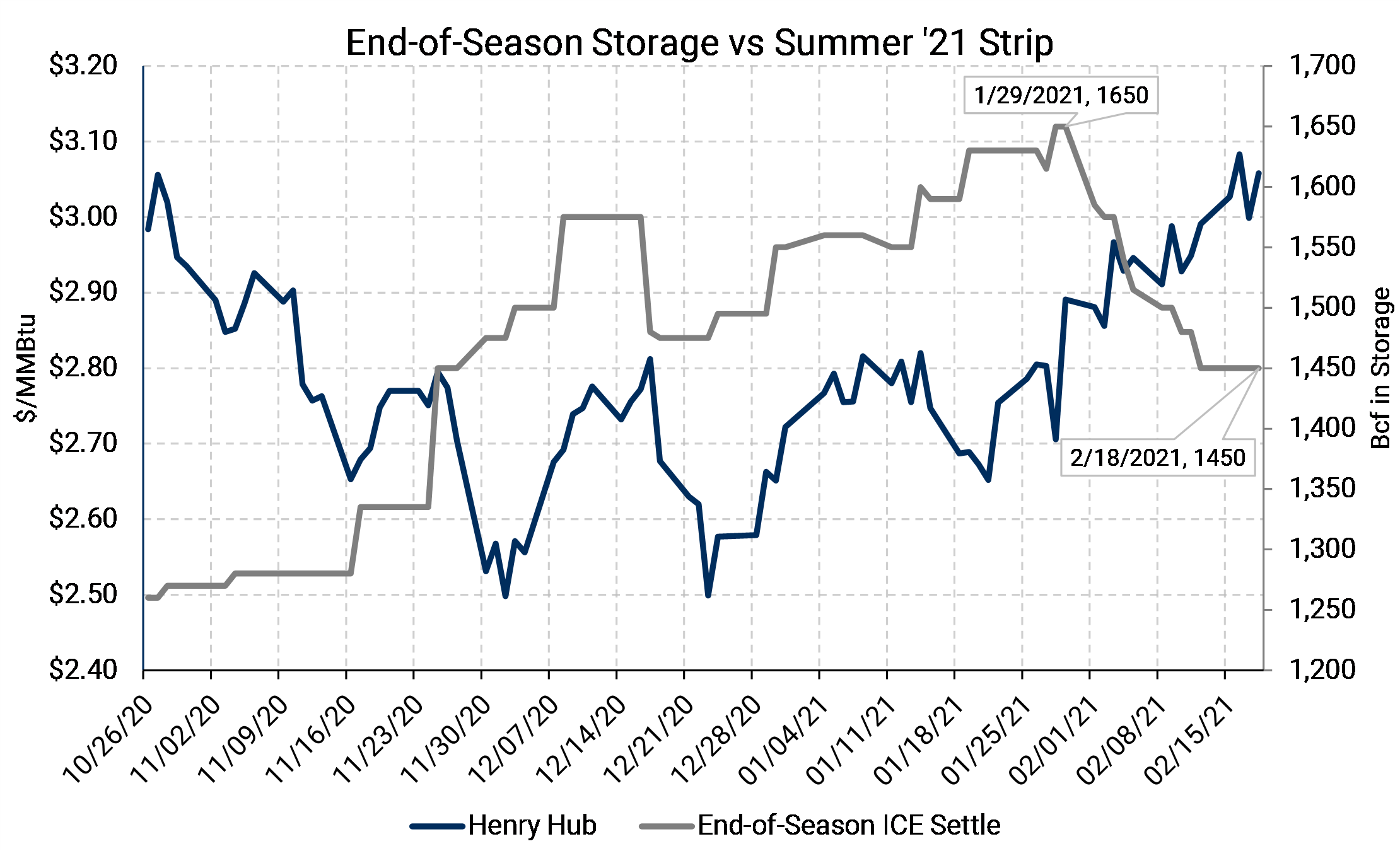 The chart above shows how the outlook for this summer has changed through February. First, the EOS storage number on ICE declined by 200 Bcf with a pickup in residential, commercial, and gas-fired power generation demand, coupled with weather-induced supply disruptions. Some analysts are forecasting a record draw in inventories this week (to be announced next Thursday by EIA).

This improved outlook for summer storage has also helped push the Summer '21 strips pricing 26c higher so far this month. The strip is currently printing at near an all-time high, around $3.05/MMBtu.

Bottom Line: If this weather holds, we may be in store for low storage levels to start summer. This phenomenon often comes with higher prices.